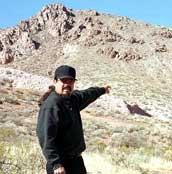 “Discounted Casualties: The Human Cost of Depleted Uranium,” a series of feature articles which appeared in the Chugoku Shimbun in 2000, is an in-depth investigation compiled from on-site coverage in the U.S., the U.K., Iraq, and other countries. The significance of this report, given the fact that depleted uranium is still being used in warfare, makes it just as timely for the world today.


＜４＞The essence of nuclear reliance - The state, the university, the corporations (2000/5/17)


Special Reports: Facilities related to DU munitions in US