1. The Seeds of Protest 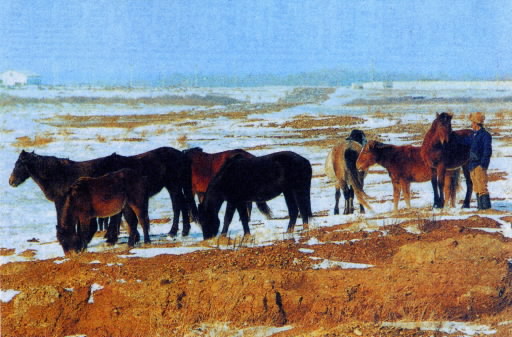 On August 29, 1949, an atomic bomb was exploded on the vast plains of Kazakhstan in the southern part of the Soviet Union. Since then, at least 320 atomic and hydrogen bomb tests have been carried out in the area around the provincial capital of Semipalatinsk, making it the largest nuclear test site in the Soviet Union. Until recently, details of atomic and hydrogen bomb testing in the Soviet Union have been shrouded in secrecy and the voices of victims of radiation have largely gone unheard. After lengthy negotiations we were given permission to enter the area, although we were bound by certain conditions. The following account of our meetings constitutes only a small part of the story of the victims of radiation, many of whom still fear the consequences of speaking out, in spite of the introduction of the open policy of glasnost.

1. The Seeds of Protest

Arriving in Semipalatinsk, which lies three and a half hours southeast of Moscow by air, we found both the city and the vast barren plains surrounding it still frozen solid, even though it was already the middle of March. The air temperature ranged between 5° and 15° Fahrenheit and we were greeted by a tireless westerly wind that blew powdery snow in our faces.

We traveled to Bylirtysh Collective Farm, approximately eighteen miles west of Semipalatinsk. Bylirtysh is a poultry farm, which also keeps horses providing meat and kumys, the mildly alcoholic drink made from fermented mare's milk. It is also twenty-five miles from the area requisitioned by the military forty years ago for use as a nuclear testing zone and around seventy-five miles from the actual explosion site.

"Each test resulted in a tremor of between four and five on the Richter scale. They were mainly in the morning, and lasted about a minute," said an elderly lady we met in the waiting room of the farm's clinic. The young female doctor informed us that the crack in the wall of the director's office was caused by a test which had taken place in October of the previous year. The earthquakes caused by the tests became such a fact of life for the citizens of Semipalatinsk and the villages dotted around it, that after a while they stopped worrying about them. The military continued to tell them that there was "no problem," so the people had no cause to worry about the possible effects of radiation. After all, a few earthquakes did not seem that much to endure.

This relatively harmonious state of affairs continued in the Semipalatinsk region until 1989, when a candidate's speech during the elections to the Soviet People's Congress brought about a radical change in the residents' attitude.

On February 26, 1989, the first secretary of the Kazakhstan Writers' Union, Olzhas Suleymenov, stood in front of the television cameras, put away his prepared notes, and began to make an impromptu appeal to his listeners.

"As a result of two bomb tests this month, dangerous toxic substances have been released into the atmosphere. This is merely a continuation of what has been happening for the past forty years."

Suleymenov then proposed that a public meeting be held to discuss the matter two days later. This was the first time in Semipalatinsk—in fact the first time in the Soviet Union—that the issue of damage caused by nuclear testing had been raised in public. In answer to his appeal, five thousand people gathered in front of the headquarters of the Writers' Union. This was the beginning of the Nevada-Semipalatinsk movement calling for aid for radiation sufferers and the closing of the test area.

This wave of protest brought to light the horrifying facts about the testing and revealed the appalling lengths to which the authorities had gone to in order to deceive the local people.

"Everyone is beginning to worry about the effects of the testing," remarked our guide around Bylirtysh Farm, Marat Urazalin, head of the Department of Microbiology at Semipalatinsk Medical School. True enough, the atmosphere was strangely quiet, almost to the point of oppressiveness. The residents, confirming the truth of Urazalin's statement, told us about a number of incidents—the sudden death of thirty-three horses in one day in a nearby village and thirty the following day in the one next to that, a couple with two severely handicapped children—that had left them with grave fears for their own safety. The army's standard answer that there was no need to worry had done nothing to calm the growing distrust of the military among the people.