The Chugoku Shimbun lost 114 people, about one-third of its staff, in the atomic bombing (including from late health effects after the bombing). Despite its offices being burned to the ground, the company resumed publication of its newspaper three days later thanks to the use of other companies’ printing presses. Roughly three months later, the Chugoku Shimbun managed once again to print the newspaper using its own printing presses at the head office. Since then, an annual commemoration of that day, August 6, has appeared in the paper. Not only does that date serve as an observance of the deaths of A-bomb victims; it also represents a day when people hoping for a world at peace without nuclear weapons come together from Japan and overseas. Spanning the period from Japan’s post-war occupation to now in 2021, a year in which the Treaty on the Prohibition of Nuclear Weapons went into effect, the paper has consistently reported on each year’s societal circumstances, international affairs, and social issues. How have the themes “Hiroshima/Nagasaki” and “A-bombing anniversary” been depicted? Readers can gain insight into the changes that have occurred over time by taking a look at the first page of all the morning editions printed on August 6 and 7th from 1946 to the present day.

*Some of the language printed in the articles is no longer commonly used today; regardless, we have taken care to post the news as it appeared at the time of its first printing. 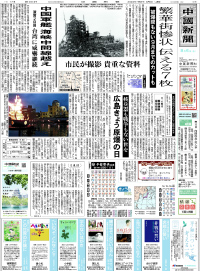 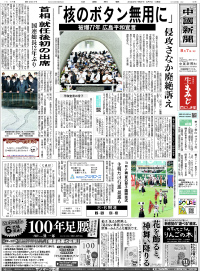 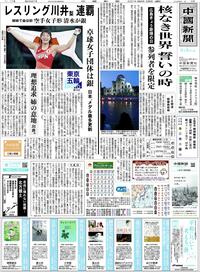 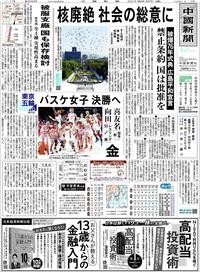 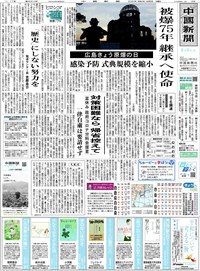 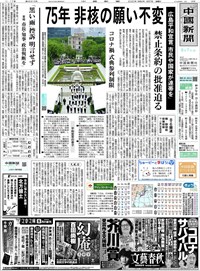