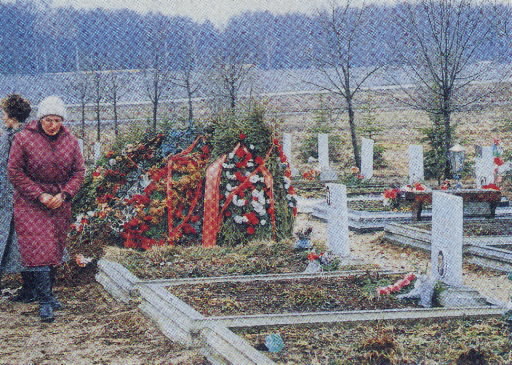 The 1986 explosion at Chernobyl in the Soviet Union is widely known as the worst accident ever to occur at a nuclear power plant. The effects of the release of radioactivity have already surpassed the optimistic estimates made at the time of the accident, and the true extent of the damage is becoming clearer year by year. The disaster has put a virtual halt to the building of new nuclear power facilities, and the name Chernobyl has become a metaphor for radioactive contamination on a hitherto unknown scale. Three years after the accident, against a background of growing uneasiness and distrust of the government on the part of the Soviet people, we traveled to Chernobyl to survey at first hand the aftermath of the disaster. A major consideration was to see how radiation victims were being treated and to discover what steps had been taken to prevent further accidents.

At the edge of a beech forest eighteen miles to the north of Moscow, we joined the elderly couples and families carrying flowers destined for their loved ones and passed silently through the gates of Mitinskoe Municipal Cemetery. Clustered together halfway up a hill lie a group of graves, still white and obviously new. The names and dates carved into the marble shine dully under the leaden sky:

On April 26, 1986, at around one o'clock in the morning, Shashenok, an electrician, was working in the No. 4 reactor at the Chernobyl nuclear power plant. At 1:23 a.m. there was an explosion which shook the ground and caused the roof to cave in.

Shashenok was taken to hospital, having been exposed to a radiation level of over 1,000 rems. At dawn, clutching his wife Luda, he breathed his last. Only five days before he had celebrated his thirty-fifth birthday.

Another victim of radiation was Victor Lopachuk, who had been married for exactly a year when he died. After the explosion, he went around the plant for three hours taking whatever measures he could to prevent any further damage. Lopachuk became stricken with acute radiation sickness. Thirteen days later he died with the words "I've got to turn off the switches..." still on his lips. He was twenty-five years old. Two weeks later his first child, Yurya, a girl, was born.

Lying unobtrusively to the right of the two neat rows of graves are two slightly different from the rest. Laid to rest here are First Lieutenant Vladimir Plavik, platoon commander of the plant's fire brigade, and First Lieutenant Victor Kivenok, commander of the 6th Fire Brigade Unit of the town of Pripyat, where the workers of Chernobyl resided. Both men were twenty-three years old at the time of the disaster. The gold stars decorating the gravestones indicate to visitors that these men are heroes of the Soviet Union.

Plavik's group was the first on the scene, arriving five minutes after the explosion. Kivenok's unit was next, arriving eleven minutes later. Both men were involved in putting out the fire in the reactor and preventing the blaze from spreading to the No. 3 reactor nearby. Before long, Plavik and Kivenok were experiencing fierce headaches and nausea together with an odd metallic taste in their mouths. From months of training, they knew only too well the meaning of that metallic taste, but the knowledge that they were exposing their bodies to huge doses of radiation did not stop them from climbing onto the roof, which was in danger of collapsing at any minute, in order to get into the machine room to extinguish the fire. Forty minutes later they lost consciousness while receiving emergency treatment from Dr. Ivan Orlov who, as a physician, was fully aware of the consequences of exposure to radiation.

A day later, Plavik and Kivenok woke up to find themselves in bed, five hundred miles away at Moscow's No. 6 Hospital. They spent fifteen days fighting the unseen enemy that had invaded their young bodies, before giving up the struggle on May 11. Dr. Orlov, who had attended Plavik and Kivenok, followed them to the grave soon after. He was forty-one.

Of the thirty-one victims of Chernobyl officially recognized by the government, twenty-seven are buried in Mitinskoe Cemetery. The fact that these twenty-seven were victims of radiation, however, is not told here at Mitinskoe. Whether in accordance with the wishes of their families or the desire of the government to play down the enormity of the disaster, there is no mention here at all of Chernobyl.

Brimming with questions, we left the cemetery and took the night train to Kiev, from where our investigations of the Chernobyl disaster would begin in earnest.