3. The Tragedy of Careless Planning 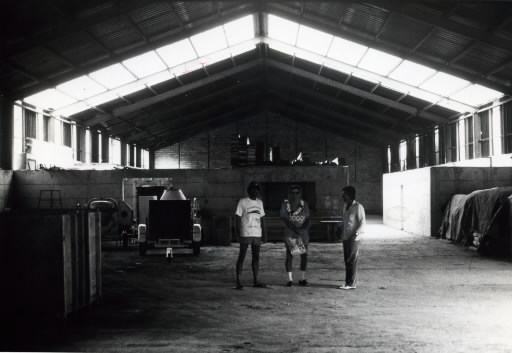 Chapter 3: The Central, South Pacific and Australia
Part 3: The French Cover-up in Polynesia

As we talked to the people of the islands it gradually became clear that the French had gone to considerable lengths to deceive the locals in their drive to carry out nuclear testing.

In May 1966, two months before the first test, the French authorities issued a statement to all residents and shipping to the effect that a wedge-shaped area around Moruroa Atoll, extending 460 miles to the east, had been designated a danger zone and that all entry was forbidden. However, the order neglected to take note of the feet that seven inhabited islands were located within this danger zone. When one of the anti-test activists pointed this out, the zone was shrunk to an area 139 miles around Moruroa. Even then there was still one island left within the forbidden area.

This was the island of Tureia, seventy-five miles north of Moruroa. Its fifty inhabitants lived quiet lives and were totally self-sufficient. The French government, wishing to continue its testing program with no more interference, finally announced that there would be no tests carried out when a northerly wind was blowing. The Polynesian islands, however, are located in the trade wind zone, with predominantly northerly winds, so no matter what excuses the French government might give, the chances were that Tureia would be on the receiving end of nuclear fallout.

Then, in July 1968, just prior to the first hydrogen bomb test, the inhabitants of Tureia seemed to evaporate into thin air. It soon became clear what had happened to them—they had been picked up by a French naval vessel and taken back to Tahiti, where they were put in quarantine at a navy camp.

The navy denied having any knowledge of the incident until the truth became widely known; and then they insisted that the islanders had asked to be taken to Tahiti of their own free will. The navy also insisted that the incident had nothing to do with the impending hydrogen bomb test, and even went so far as to have the Tureia islanders express their gratitude to the navy on television. The normally easy-going people of Polynesia were by this time getting extremely concerned about what they saw as French duplicity—the careless way in which the danger zone had been determined; the lame excuses about only carrying out tests when the wind was blowing a certain way; the enforced evacuation of the Tureia islanders.

The people of Polynesia began to resist. On one occasion a group of local politicians decided to hold a television debate, inviting scientists and a number of different groups, including those sympathetic to France, to participate in the program. The proposal was completely ignored by the high commissioner.

Tureia Island, of course, remained in the danger zone, but we wondered what had become of those islands which had suddenly become safe enough to be left out when the restricted zone was revised. One such island was Mangareva, a member of the Gambier group, located 225 miles to the east of Moruroa. It had a population of five hundred.

"After the tests, a lot of the Mangareva islanders got sick from eating fish," said William, a former policeman who lived on Mangareva from 1963 to 1968. According to William, a shelter was built on the island just before the first hydrogen bomb test, in preparation for the fallout from Moruroa. After the tests the French naval vessels would sail into the lagoon to be washed down with sea water. The islanders' source of water is rainwater, and as their diet consists mainly of coconuts and seafood, there is a very strong possibility that radioactive substances would have been absorbed into their bodies. "The French would visit the island at regular intervals to give the islanders medical checkups," continued Willliam, "but we never heard any of the results."

On neither Tureia nor Mangareva is the present state of the people's health known. There are no doctors, and the Tahitian nurse living there was transferred and replaced by a French nurse just before testing began. "That is typical of the French way of doing things," William said regretfully. From time to time word reaches Tahiti of cancer or of children being ill on these islands, but it is extremely difficult to find out exactly what is going on. Tourists, let alone journalists, are strictly forbidden to visit them.