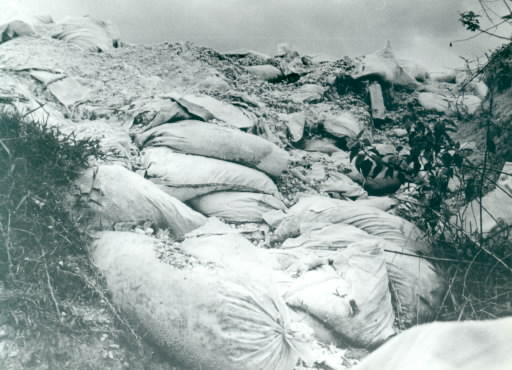 "When we first started the movement we weren't very well organized and we didn't know what we were doing. At times we were completely lost," said Thai Siew Foong, reflecting on the last five years. She lives in Bukit Merah, and when she is not working at her regular job she is involved in the activities of the Perak Anti-Radioactive Action Committee.

The instinctive feeling that radiation posed some kind of threat had formed the basis for the group. When the committee started, though, they had no idea what level of radiation they were talking about, and no scientific backing for their movement.

The local residents, working through the Consumers' Association of Penang and environmental groups, invited Ichikawa Sadao of Saitama University, Japan, to measure the level of radioactivity in the area. Professor Ichikawa is known for his research on low-level radiation dosage. "When I was there, ARE had put barbed wire around the waste dump in response to the demands of the local residents in 1984, but there were no signs to warn people of radiation, and you could get into the compound through the back entrance quite easily," recalled Ichikawa. At the time, 350 tons of thorium waste had already been dumped there.

The readings were taken in public over a four-day period; the highest reading around the waste dump was 4.82 rems per annum, approximately ten times the maximum level of 0.5 rems initially set by the International Commission for Radiation Protection, and forty-eight times the revised level of 0.1 rems currently in general use. "The most important point to remember is that while beta and gamma rays can be measured, short-wave alpha rays are not picked up. Quantities of nuclei such as thorium-232 and radon-220, which give of alpha rays, cannot therefore be measured," the professor explained.

The same warning had been given by Edward Radford, of Pittsburgh University, and a former visiting researcher at the Radiation Effects Research Foundation of Hiroshima, when he visited the area two months prior to Professor Ichikawa. Professor Radford also noted that if radon was given off in gaseous form, then there was a strong possibility of it being inhaled and contaminating food, and in his report he stated that "a potentially serious health problem already exists for workers within the plant itself and may exist...for the people nearby."

Though they confessed to being a little confused at first by all the technical terms, Thai and her fellow committee members realized that this was the scientific proof they had been waiting for. In February 1985, they brought a suit against ARE in the Ipoh High Court in the name of eight residents of Bukit Merah. Their aim was to close down the refinery. In October that year, the court came down in favor of the residents and ARE was ordered to halt operations and to take action to deal with the waste.

ARE obeyed the ruling and halted operations a month later. After the mountain of waste was packed into drums, the former dump was covered over and the company built a temporary storage facility on the site in 1986, which is currently still in use. A radiation expert formerly at the IAEA who was invited to take readings in the area confirmed that radiation was at a safe level, so the company was able to obtain permission from the Malaysian government to start production again. Operations were recommenced in February 1987.

"Safety is our Concern" boasts the sign in English and Malay on the fence of the storage area. However, this does not alter the fact that Professor Ichikawa's investigations continue to reveal unsafe levels of radiation even though they were carried out after the new storage area was built, nor that the harmful effects feared by the Anti-Radiation Action Committee are beginning to be observed in the local community.