6. Subversion of the Truth 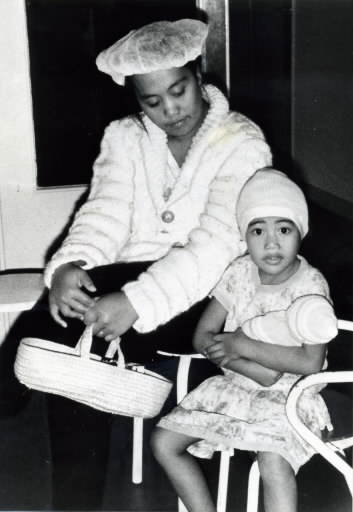 In France, the Institut Curie, named after Marie Curie, the discoverer of radium, has long been at the forefront in the treatment of radiation-related diseases. At this institute, the world's first bone-marrow transplant was carried out to save the life of a victim of an accident at a nuclear reactor. The institute also acts as the mouthpiece for the medical side of France's atomic energy policy.

The institute is also the workplace of Dr. Roger Gongora, France's leading authority in the field of radiology. Dr. Gongora has been involved in researching cancer and other radiation-related diseases for the past thirty-five years. His dislike of the media is legendary, but he agreed to be interviewed on condition that we would not take any photographs. We spent two hours discussing a number of issues with Dr. Gongora through an interpreter. The following is an excerpt from that interview:

Reporter: How many people have you treated for radiation-related diseases until now?
Dr. Gongora: About five hundred. Eighty-five were in critical condition when they arrived here; twenty of them were from overseas. They had been exposed to large doses of radiation, either from medical equipment or through misuse of machines for detecting metal fatigue. Most of them had burns; some died after only a short period of treatment because they had been exposed to such massive doses of radiation.

R: Had any of your patients been involved in accidents involving; radiation at nuclear power plants?
G: In 1958 I treated five Yugoslavian scientists who had been exposed to large doses of radiation while working on an experimental reactor. I have treated other patients from overseas in similar circumstances, but there haven't been any from this country. Power plants here have stringent safely precautions, you know.

R: But aren't people who work in the field of nuclear energy more susceptible to cancer?
G: This is probably going to disappoint you but in France we've found it's just the opposite. Statistics show that those working in nuclear-related industries are less likely to suffer from cancer than other people. The best way to avoid cancer is to work in a nuclear power station.

R: Have you ever treated any people who were involved in or who lived near the nuclear testing sites?
G: No. Small quantities of ash probably did fall after the tests were carried out, but all possible precautions were taken and no one has ever been affected.

R: Don't you think it's possible that the military could be covering up the existence of such victims?
G: If that were the case, I'm sure journalists like yourselves would have found out pretty quickly. We work closely with the military here, and if they were carrying out treatment in secret we would soon know about it.

R: We heard that Polynesians have been treated in Paris for diseases caused by exposure to radiation.
G: That's impossible. Rumors like that are purely political propaganda.

The interview with Dr. Gongora left us with a bad taste in our mouths. The next day we spoke to Madeleine Briselance, the leader of the antinuclear testing group SOS Tahiti.

"Take a look at this," she said, taking out a photograph. The picture showed a young Tahitian girl and her mother in a Paris hospital. The girl was receiving treatment for leukemia.

"These people are relatives of my husband, so the hospital reluctantly allowed me to visit her—that was when I took the photo. The poor little girl has died now, though. And she wasn't the only one—lots of patients were brought out here from Polynesia."

Listening to her story, we were reminded once again of the difficulty of breaching France's "nuclear defenses."