3. A High Incidence of Respiratory Diseases 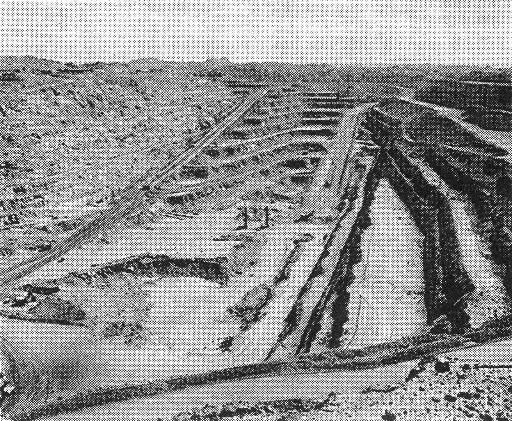 For the past three years, Clement has been worried by an increasing tightness in his chest; a number of his fellow workers have the same problem. He introduced us to some of these men.

"Often at night I feel sharp pains in my chest, and it gets difficult to breathe," said Harry, a heavy machinery operator, clutching at his chest. He has been at the mine for nine years and is concerned that his nose and throat problems are caused by the dust. While on the site he is often overcome by nausea, yet the company doctor sent him away with assurances that there was nothing seriously wrong with him.

"That doctor can't be trusted—he wouldn't even tell me the name of my condition," said Harry, his face clouded with uncertainty. Reed is another worker with health problems that he believes were caused by working at the mine. He works at the uranium recovery plant, and several years ago was hospitalized with a "throat condition." Reed is still not certain what is wrong with him; he knows there is something not quite right with his thyroid gland, but did not seem certain about what the gland actually was when we spoke to him. These two men were just two of the cases we heard about of workers having problems with their noses, throats, and lungs. The majority had never used masks or film badges during their work.

"The company just tells us to wear our protective glasses and boots, and to shut the windows of vehicles when we're on the site," said James a worker introduced to us by the union. At the bottom of the opencast pit, the wind rarely blows and the men work in stifling heat, constantly surrounded by irritating clouds of dust. "The only rest we get is while waiting for the next truck. We have about two or three minutes to gulp down our sandwiches—that's our lunch break. The dust gets into the bulldozers and shovels we drive, through the air conditioning, so the sandwiches as well as our hands are covered in filth," continued his companion, Morris.

Whether the technique used for extracting uranium is opencast or ordinary mining, exposure to radiation poses a serious threat to miners, because radioactive materials are absorbed from the dust into their bodies. At the present time the respiratory ailments prevalent at Rossing are generally seen as being caused merely by the dust itself, rather than any harmful substances contained within it.

There is no room for complacency, though, for as surveys at uranium mines in New Mexico have shown, as long as there is uranium in the dust, the internal exposure of the miners will progress to increasingly harmful levels. When we suggested this to the Namibian miners, they turned to each other and began to talk in worried tones, recalling a coworker who had died of lung cancer a few years previously, and wondering if his death was caused by the radioactive dust.

The president of the MUN, Gruenewald, told us regretfully that in spite of numerous attempts to talk with the company, the RTZ management was continuing to insist that such illnesses are the concern of specialists, and had refused to allow them to be discussed during any labor negotiations.