Striving to fill voids in Hiroshima 75 years after the atomic bombing—Peace Museum organizes 3,000 pre-bombing photos from barbershop owner, others 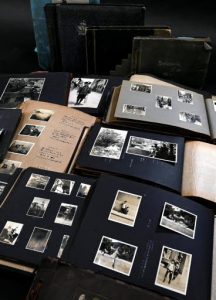 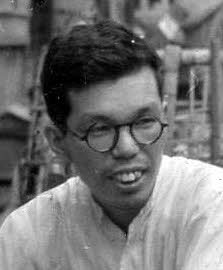 More than 3,000 photographs depicting the streets and lives of citizens in Hiroshima before the atomic bombing were donated to the Hiroshima Peace Memorial Museum, located in the city’s Naka Ward. The photos were left by Rokuro Suzuki, who ran a barbershop near the present-day Hondori shopping street, also in Naka Ward, but died in the atomic bombing. The museum is now in the process of organizing the donated photos as valuable materials speaking to the actual situation of Hiroshima before it was devastated in the bombing.

The photos capture Mr. Suzuki’s family and other citizens showing a variety of expressions at numerous spots in Hiroshima, including bustling downtown areas such as the Hondori shopping street, the Hiroshima Prefectural Industrial Promotion Hall (now the A-bomb Dome), Hiroshima Station, and Hiroshima Castle, during the period from the early 1920s to the early 1940s. Most of the photos were taken by Mr. Suzuki, whose hobby was photography. Additional information pertinent to many of the photos, such as shooting date or location, is described in photo albums.

Mr. Suzuki’s entire family of six, including himself, his wife, and children, were killed in the atomic bombing by the United States. Tsuneaki Suzuki, 88, Mr. Suzuki’s nephew who lives in the town of Fuchu-cho, Hiroshima Prefecture, had kept the photos in storage. In 2014, Tsuneaki already provided the digital data of some of the photos to the Peace Memorial Museum, but this time he donated all printed photos to the museum, hoping they can be preserved for a long time into the future.