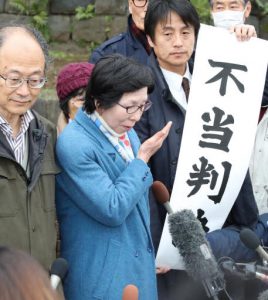 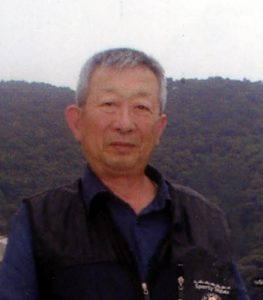 
Certification limited to “radiation-induced” diseases, impeding aid to survivors affected by A-bomb’s thermal rays and blast
Many studies have shown that A-bomb survivors are at increased risk of developing cancers and other diseases, compared with those who have not experienced the atomic bombings. Most Atomic Bomb Survivor’s Certificate holders receive essentially what is free medical care and healthcare allowances because they have to keep close watch on their health throughout their lives.

Of all the relief measures provided by the national government, A-bomb disease certification is inordinately difficult to obtain due to stringent requirements: the applicant must be suffering from an illness or injury related to radiation exposure from the 1945 atomic bombings (radiation-induced) and that “requires medical treatment.” Special medical allowances are provided to people meeting such conditions.

Applications are determined automatically based on probability

“I was depressed by the realization that the government doesn’t pay attention to A-bomb survivors.” Toshiko Naito, 75, Asaminami Ward, dropped her voice. She was 11 months old when exposed to the bombing 2.4 kilometers from the hypocenter. She was diagnosed with cataracts, a common disease among A-bomb survivors, when she was 47 years old. After her application for disease certification was rejected at the end of 2009, she took the national government to court. Although she won her lawsuit at the Hiroshima High Court, Japan’s Supreme Court overturned the higher court ruling, finding that follow-up observation and use of eye drops do not meet the condition “requires medical care.”

The national government calculates probability of disease development caused by radiation exposure based on estimated dose and type of illness. Probabilities were used to mechanically determine whether illnesses were radiation induced, which led to many applications being turned down. In 2003, class-action lawsuits began over A-bomb disease certification, led by the Japan Confederation of A- and H-Bomb Sufferers Organizations (Nihon Hidankyo), with more than 300 people successively bringing cases before 17 district courts nationwide.

After losing one suit after another, the central government changed its policy in 2008 to one that allowed five diseases, including radiation-induced cataracts and cancers, to be certified promptly under certain conditions. On August 6, 2009, then Prime Minister Taro Aso and Sunao Tsuboi, co-chairperson of Nihon Hidankyo, exchanged a document confirming their agreement to end the series of class-action lawsuits. In 2013, they introduced a “new screening policy” to promptly grant certification to applicants suffering from seven diseases. Even so, however, many applications have been turned down. There has been no end to the number of survivors who have filed lawsuits against the national government, as Ms. Naito did.

According to the Ministry of Health, Labour and Welfare, about five percent of Atomic Bomb Survivor’s Certificate holders received special medical allowances as of the end of fiscal year 2018. That represented a 0.74-percent increase compared to the percentage from fiscal 2001, but there still exist barriers to progress.

Applications for certification are strictly screened on the basis of whether the disease in question is “radiation-induced” and “requires medical treatment.” Consequently, burns caused by the bomb’s thermal rays or the blast, as well as long-standing suffering from keloid scars, tend to be taken lightly.

The late Ikuo Tsukamoto, who resided in Himeji City, was exposed to the atomic bombing in Minamimachi (Minami Ward), two kilometers from the hypocenter, when he was 14. He suffered severe burns in the bombing, and the scars on the left side of his body turned into keloids.

Mr. Tsukamoto was a Ground Self-Defense Force official. When he made it home after having left for a military exercise, blood dripped from the bandage on all the toes on his left foot, which had stuck together except for his big toe. His wife and eldest daughter, Hiroko, 59, disinfected the wound with tears in their eyes. He was a serious, strong-minded person and did not make the effort to see a doctor.

Urged on by his wife, Mr. Tsukamoto applied for certification after retirement, but the application was rejected. He launched legal action in 2011 but died in 2014. Osaka District Court dismissed his claim the following year. “If this is not recognized as an A-bomb disease, then what on earth would be?” Hiroko wondered.

For aging survivors suffering from illness, going to battle with the government represents a huge burden. In 2012, Nihon Hidankyo made a proposal that the government review the certification system and various allowances, pay allowances to each A-bomb survivor, and add other allowances in accordance with specific disease conditions divided into three stages, including keloid scars caused by the thermal rays and blast.

Katsunobu Kato, minister of Health, Labour and Welfare, expressed his doubts concerning the proposal at a regular meeting held in 2017. “It would make it difficult to distinguish between other injuries resulting from the war if allowances were to be provided to all A-bomb survivors.”

A-bomb damage is often described as that being caused by “thermal rays, blast, and radiation.” As a matter of fact, the government had been discussing whether to provide assistance to people suffering from the damage caused by the thermal rays and blast, along with those by the radiation, before it enacted the 1957 Atomic Bomb Medical Relief Law (now known as the Atomic Bomb Survivors Relief Law). Unfortunately, the idea was shelved due to “budget limits.” The A-bomb disease certification system follows this trend, focusing strictly on “radiation-induced” disease.

The government’s financial burden would only increase if further assistance is provided to A-bomb survivors, even more so if it is extended to those who suffer from burn scars by air-raids, a situation the government would like to avoid. The government’s true unspoken intentions continue to torment the survivors to this day.