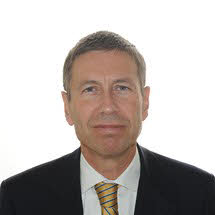 Thomas Hajnoczi, 65, former director of the department of disarmament of Austria’s Ministry of Foreign Affairs, will take the post of an executive advisor to Mayors for Peace on January 1, 2021. This announcement was made by the Hiroshima Peace Culture Foundation, the secretariat of the organization, on December 24. Mr. Hajnoczi will support the organization’s activities from overseas. He played a key role in establishing the Treaty on the Prohibition of Nuclear Weapons. Mayors for Peace, which seeks to achieve the elimination of nuclear weapons, is chaired by Hiroshima Mayor Kazumi Matsui.

Mr. Hajnoczi began working for Austria’s Ministry of Foreign Affairs in 1978, and served such positions as the Permanent Representative of Austria to the United Nations office in Geneva and has been involved in disarmament diplomacy. Representing Austria, he participated in the negotiations for the nuclear ban treaty held at the U.N. headquarters in 2017. As a representative of the vice-chair country of the conference, Mr. Hajnoczi played a central role in the adoption of the treaty. He also appealed to other countries to include the word “hibakusha” in the preamble of the treaty.

Mr. Hajnoczi visited Hiroshima in August 2018. He retired from the ministry in October 2020. The Hiroshima Peace Culture Foundation asked him to serve as an executive advisor, expecting that he would be able to use his experience negotiating with different countries and his global network of contacts when Mayors for Peace take actions related to the nuclear ban treaty.

Mr. Hajnoczi commented he had often found the activities of Mayors for Peace encouraging when he worked on disarmament issues, and that he felt honored to be able to contribute to the organization’s efforts. The foundation has commissioned three others, including a former U.S. staff member of the United Nations, to serve as executive advisors.