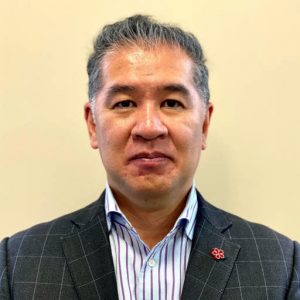 
Japan must make efforts to coordinate dialogue among nuclear-weapon states to change their perspective
The effectuation of the Treaty on the Prohibition of Nuclear Weapons (TPNW) is a step toward nuclear disarmament in that it establishes ethical standards for international politics. The agreement will shape the future direction of discussions on this issue. However, considering that only 51 countries and regions have ratified the treaty thus far with no nuclear-weapon states included, the treaty cannot be said to ban all nuclear weapons with legal binding force under the present circumstances.

Government of the A-bombed nation is opposed to the TPNW. Stern eyes of the international society fall on Japan
Japan embodies the contradictions present in the nuclear-weapons issue. The devastation brought to Hiroshima and Nagasaki by the atomic bombs is a clear indication of the inhumanity of such weapons. At the same time, the presence of the U.S. “nuclear umbrella,” which Japan relies on for nuclear deterrence, and the presence of China and North Korea, which possess nuclear weapons, make it obvious that such weapons greatly influence real politics. Even though Japan does not possess nuclear weapons, the country is not free from their shackles.

What would happen if Japan were to join the TPNW? Although it would depend on the definition, Japan would have to leave the “nuclear umbrella,” as the treaty prohibits the threat and support of the use of nuclear weapons. Theoretically, it would be possible to continue the Japan-U.S. alliance even without nuclear protection, but would it be acceptable for the United States as that country confronts China and North Korea?

On the security front, it is common practice for a government to prepare for the worst-case scenario to protect its own citizens. Considering China’s ballooning military spending and behavior on the international stage in recent years, a realistic measure would be for Japan to engage in repeated dialogue with the United States to reduce the threat and positioning of nuclear weapons while maintaining the alliance, including nuclear deterrence. We would not go so far as saying that Japan should join the treaty immediately and risk damaging its relationship with the United States.

To begin with, it is an overestimation to think that nuclear disarmament would make progress if Japan were to join the TPNW. In international politics, nuclear “superiority” exists in reality. It should not be used as an excuse for failing to address the issue, of course, but it is also true that there is not much Japan can do on its own.

Japan can demonstrate “good faith” by participating in the meetings of the State Parties as an observer, but that would be tantamount to making the nuclear power United States out to be the villain while asking for its help when Japan is in trouble. If I were the U.S., I would not want such an ally.

New U.S. president Joe Biden expressed in the past his support of no-first-use policy on nuclear weapons
With a renewed interest in reducing the role of nuclear weapons, there is a chance discussions get underway soon. However, the United States has many domestic issues to deal with, such as the coronavirus pandemic and a divided society. The international environment is different from the time when President Biden served as vice-president in the Obama administration. We are still at the wait-and-see stage with respect to how his administration will act from this point on.

A world free from nuclear weapons is desirable in terms of both security and diplomacy. Unfortunately, the technology required to manufacture nuclear weapons is simple, and even a “nuclear-free world” could easily revert back. That is why the current international environment itself, marked by a lack of trust among nuclear-weapon states, must be improved. Joining the TPNW for all nations, including nuclear-weapon states, is not a means but an end. How can non-nuclear nations change the nuclear states’ perspective? The Japanese government should rack its brains to find a way, such as arranging tripartite talks among Japan, the United States, and China.

Profile
Nobumasa Akiyama
Born in 1967 in Shizuoka Prefecture. After experiencing positions that included lecturer at the Hiroshima City University Hiroshima Peace Institute, Senior Fellow at the Japan Institute of International Affairs, and Minister-Counsellor at the Permanent Mission of Japan to the International Organizations in Vienna, he assumed his current position. He is a specialist in nuclear disarmament and non-proliferation.