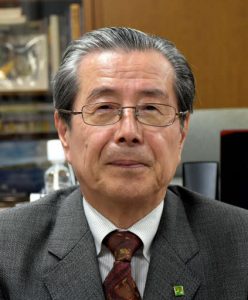 
Japan should serve as observer and contribute to creation of concrete verification protocol
Numerous countries expressed opposition to the Treaty on the Prohibition of Nuclear Weapons (TPNW) and twisted the arms of treaty supporters in the run-up to its establishment. Ratification of the treaty by 50 nations, a fairly high bar for the treaty to enter into force, was achieved slightly more than three years after the treaty’s adoption in 2017. This extremely important movement reflected international opinion regarding the pressing need to first ban and then eliminate nuclear weapons.

It is deeply significant for the international treaty to declare that nuclear weapons are evil. Countries that do not join the treaty will have the responsibility to explain why that is the case. Is it truly acceptable to guarantee security with such dangerous weapons? What do they think of the humanitarian consequences of the use of such weapons? Even though the treaty will not be legally binding for nuclear weapon states and nations existing under a nuclear umbrella, I believe it will bring about great societal change.

As chairperson of the Hiroshima Peace Culture Foundation, Mr. Komizo participated in meetings to negotiate the TPNW. At the end of last year, he attracted attention when he drafted a written proposal about the TPNW designed for the national government and sent it to the Kasumigaseki Foreign Service Association, an organization consisting of current and former employees of the Ministry of Foreign Affairs
If Japan’s national government cannot ratify the treaty immediately, it should participate in meetings of States Parties as an observer and put forward ideas for the elimination of nuclear weapons. By placing importance on dialogue and listening to opinions from countries promoting the treaty, the government can come to a new appreciation of things. Holding future such meetings in Hiroshima or Nagasaki would have special meaning, in that participants could hold discussions while reflecting on the starting point that is the devastation caused by the nuclear bombs.

The Japanese government, which promotes the idea it serves as a bridge between nuclear and non-nuclear weapon states, has held five meetings of the Group of Eminent Persons Conference, which consists of experts from both nuclear and non-nuclear weapon states. Mr. Komizo participated as a member
In its recommendations, the Group of Eminent Persons Conference announced in March 2018 that nuclear deterrence is a dangerous long-term basis for global security and that all states should seek a better solution. The recommendations were adopted by a consensus of experts including those from nuclear weapon states such as the United States, Russia, France, and China. At that time, there was a sense of crisis, as relations between the United States and North Korea were tense and it was feared that former U.S. President Donald Trump might actually use nuclear weapons.

There is a gap between people who criticize the treaty and those who promote it in terms of thoughts on its effectiveness and risks inherent in the policy of nuclear deterrence. The Japanese government should certainly be able to share the conference’s awareness that the nuclear deterrence policy is “dangerous” with political leaders and experts of nuclear weapon states and spread that awareness among increased numbers of people.

After engaging in dialogue with the United States, the government should propose its own security strategy after carefully considering a policy that is not reliant on nuclear weapons. It should also engage in dialogue with other countries and publicize its vision of the Japanese Constitution’s Article 9, which renounces war, playing the role of creating a cooperative international environment.

After stepping down from the post of the Hiroshima Peace Culture Foundation’s chairperson, Mr. Komizo has been living in Tokyo. On January 16, he exchanged opinions with young people from Hiroshima in a video conference about the nuclear ban treaty
Hibakusha testimonies played an important role in providing momentum for establishment of the treaty. To maintain that momentum, it is important to depend not only on hibakusha but to also have young people tell the stories of hibakusha. I myself will continue doing what I can with Hiroshima in mind.

Profile
Yasuyoshi Komizo
Born in Chiba Prefecture in 1948, he began working for Japan’s Ministry of Foreign Affairs in 1970. He served in such positions as special assistant to the director of the International Atomic Energy Agency (IAEA) and Japan’s ambassador to Kuwait. He served as chairperson of the Hiroshima Peace Culture Foundation from April 2013 to July 2019, and as secretary general of the Mayors for Peace organization, which is chaired by Hiroshima Mayor Kazumi Matsui.