Accounts of 50 local Fukushima residents 10 years on, Part 2: Home is far in the distance 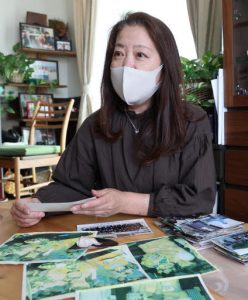 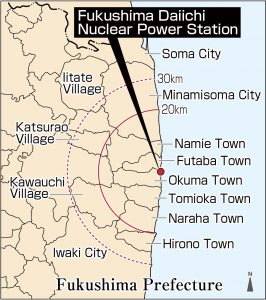 
Residents have not returned home as expected but retain ties
They sought shelter with nothing but the clothes on their backs. Japan’s national government did not provide a clear outlook regarding whether they could return home. To cap it off, their home was included in the government’s designated area for an interim storage facility for waste from decontamination work. Takeshi Ouchi and his family were at the mercy of the accident at the Fukushima Daiichi nuclear power plant operated by the Tokyo Electric Power Company (TEPCO). It was impossible, however, to ask Mr. Ouchi what was on his mind at the 10th anniversary of the accident.

The reason: Mr. Ouchi died the summer before last in Aizuwakamatsu City of Fukushima Prefecture, where he had evacuated from Okuma Town, due to a worsening health condition. He was 70 years old. The former government official for Okuma Town was also a farmer who lived about 1.5 kilometers from the nuclear power plant. He was popular as the head of local government district and provided consultation to evacuees in the city even after the accident.

“We can’t live there anymore”

“I think he knew we couldn’t live in Okuma Town anymore.” Mr. Ouchi’s wife, Hatsuko, 70, looked back to a time in the spring of 2014, when they were disheartened by the news that their home had been included in the candidate site for the interim storage facility. “My husband was lamenting the fact until his last moments that the scenery of our hometown would change,” she said.

The national government sent out evacuation orders to 11 municipalities, including Minamisoma City and Namie Town in Fukushima Prefecture, where about 200,000 people had lived before the accident. As of February 1 this year, the population of those towns and villages had decreased by 40 percent to approximately 112,000. The plan for return of the residents has not progressed to the extent that the central government and local municipalities affected by the disaster had imagined it would.

The government’s Reconstruction Agency conducted a survey last year to investigate whether the residents of the Hamadori region — comprised of the towns of Futaba, Okuma, Namie and Tomioka — wanted to return to their homes. A mere 10 percent for each town responded in the affirmative. On the other hand, 50 to 60 percent responded that they would not return. Those numbers were about the same level as in 2019. Many respondents cited, as a reason for not wanting to return, that they already laid the foundations of lives in the places where they had evacuated. Akemi Obata, 54, was one such person.

Ms. Obata worked as an agricultural coop employee in Futaba Town, the site of the Fukushima nuclear power plant. After the accident, the town set up temporary administrative offices in a boarded-up high school building in Kazo City, Saitama Prefecture, about 190 kilometers from the town. More than 10 percent of the residents, or about 1,000 people, moved and have stayed in the school building there for more than three years.

Ms. Obata left for Kazo City with her husband, Kazuhiko, and their only son, Daichi, who is now 16. Daichi adapted to the new environment more easily than the others in his family. He made many friends after he entered a local elementary school and began to remark how he did not want to transfer to another school. Six years after they took refuge there, the couple made up their mind and built a house in the city. However, Kazuhiko’s liver problems worsened due to the unaccustomed surroundings, and he died the following year at the age of 54.

Ms. Obata’s emotional connection with Futaba Town tapered off as her new life took root, but Daichi anchored her mind to their hometown when he said, “I want to place dad’s ashes in a grave in Futaba.” When the son turned 15, the age that temporary permission is granted to enter areas designated as off limits, he and his mother set foot in their hometown the June before last for the first time since their evacuation.

Daichi is now in his first year of high school. He hopes to be a teacher in the future and teach students about Fukushima. As he speaks, Ms. Obata sees a glimmer of hope in the disaster-stricken areas.