Accounts of 50 local Fukushima residents 10 years on, Part 4: Regrets of a pro-nuclear man 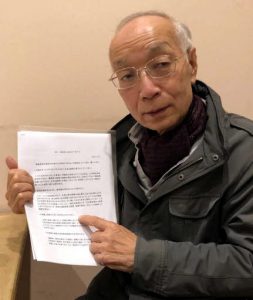 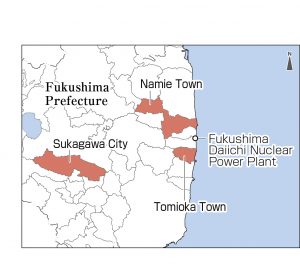 
Accident leaves him to question himself and industry’s humility
Toshiro Kitamura, 76, once belonging to Japan’s “nuclear village,” ultimately became a victim of the accident at the Fukushima No. 1 (Daiichi) nuclear power plant. His home in Tomioka Town, about seven kilometers from the nuclear plant, was included in the area to which it was considered difficult to return.

On March 11 this year, the 10th anniversary of the accident, Mr. Kitamura opened his personal computer at the house he purchased in Sukagawa, Fukushima Prefecture, where he had evacuated, and sent out three essays by email to about 500 people including friends and acquaintances in the nuclear power industry. The title of one of the essays was “Nuclear power is not safe.” After going back and forth on definitions of safety and risk like a Zen riddle, he continued.

“It is important to be humble and carefully operate nuclear plants until the end without relaxing. Such a practice wasn’t done in the case of the accident at the nuclear power plant in Fukushima.”

He worked on behalf of nuclear power for more than 40 years. As a clerical officer at the Japan Atomic Power Company, he engaged in negotiations for determining plant locations and other such work in both Ibaraki and Fukui prefectures. When local residents asked him in public meetings about the possibility of a serious accident, he responded that such an accident would only happen about once every 10,000 years.

Such an accident did happen in Fukushima, however. At the time of the accident, Mr. Kitamura was a senior official at the Japan Atomic Industrial Forum, an association based in Tokyo consisting of electric power companies and nuclear power plant manufacturers. In his 50s, he built what he considered his final home in Tomioka Town and commuted to his office using the JR Joban train line.

During the evacuation period, he continued to write essays. “Both the Japanese government and the nuclear energy companies like us turned our eyes from the possibility of the triple disasters of earthquake, tsunami, and nuclear accident.” In autumn 2011, his essays were released by the publisher Heibonsha as a paperback titled “Regrets of a pro-nuclear man.” He continues writing essays, penning more than 1,500 to date.

Despite expressing his regret, Mr. Kitamura has not switched his stance to one of an anti-nuclear advocate. “Because solar power generation is unstable, that technology cannot meet total electricity demand. Other power generation technologies with hydrogen or ammonia are promising, but the infrastructures for those technologies are not yet in place. That’s why I believe our nation still needs nuclear power.” Certainly, it is a given that safety is a priority and information must be transparent, but Japanese citizens increasingly view the situation surrounding nuclear power with a critical eye.

According to a national survey conducted by the Japan Association for Public Opinion Research in accordance with the timing of the 10th anniversary of the accident, 68 percent of respondents replied that there should be no nuclear power plants in Japan in the future, with eight percent replying that the plants must be eliminated immediately. Three of four respondents expressed their hope to end reliance on nuclear power.

What are the opinions held by the 50 local Fukushima residents of the “Hamadori” district in the eastern part of Fukushima Prefecture? The Chugoku Shimbun sent out a questionnaire to the addresses where the former residents of Fukushima had lived before the accident to which 17 replied. With regard to the fact that no significant progress has resulted over the past decade on policies of nuclear energy phase-out or ending reliance on nuclear power, commitments that were made by successive governments, seven people responded that they were dissatisfied and five answered that they felt resentment. One of those who chose the “Other” response in the questionnaire was Mr. Kitamura.

Four people responded that it could not be helped. Asked about the reason for that response, Nao Watanabe, 24, who works at a construction company in Joetsu City in Niigata Prefecture, wrote, “It’s hard to live without nuclear power now. But we have to come up with alternative energy solutions as soon as possible.” In April, Mr. Watanabe will return to Namie Town, where he lived until he was a second-year junior high school student.