Views on Ukraine invasion from A-bombed Hiroshima’s perspective: Terumi Tanaka, 89, co-chair of Japan Confederation of A- and H-bomb Sufferers Organizations 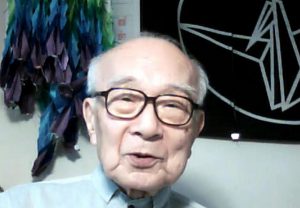 “Regional security based on nuclear weapons” is an illusion
I am too sad to be angry. After Russia’s invasion of Ukraine, opinions about, among others, how Japan should also arm itself with nuclear weapons are carelessly being tossed about. I am particularly ashamed of politicians in this A-bombed nation of Japan, who go about shamelessly advocating the idea of “nuclear sharing,” whereby Japan and the United States would jointly manage U.S. nuclear weapons. I cannot help but believe these officeholders know nothing about such weapons.

Nuclear weapons are designed specifically for mass death and destruction. They kill and maim people instantly without warning. They annihilate cities. Furthermore, radiation from the weapons damages human DNA, tormenting not only survivors but also successive generations.

A-bomb survivors witnessed the reality of nuclear weapons with their own eyes. I experienced the atomic bombing of Nagasaki at my own home, located about 3.2 kilometers from the hypocenter. I lost five relatives in the bombing, and they died a cruel death. That is why we have sacrificed ourselves by speaking out, because we want to communicate how painful our suffering has been and to renounce the very existence of nuclear weapons.

Becoming increasingly impatient in the face of the eastward expansion of the North Atlantic Treaty Organization (NATO), Russian President Vladimir Putin is thought to have developed smaller, tactical nuclear weapons with the aim of using them easily. However, given their nature, there is no such thing as usable nuclear weapons.

On the other hand, I sense the danger that Mr. Putin could actually end up using nuclear weapons. Although his role as leader of a nuclear superpower calls for sensible action, Mr. Putin appears to be fixated on Ukraine and acting on emotion. After all, the idea that the presence of nuclear weapons provides regional security is nothing more than an illusion.

We must not forget that people have chosen such leaders. Only the Russian people can stop the Russian government’s rampage in Ukraine, and only the Japanese people can alter Japan’s policy of nuclear deterrence. I hope we can maintain awareness of the issues as concerned parties because, in modern times, it is we citizens who always are victimized by war.

I hope the world can consider the First Meeting of States Parties to the Treaty on the Prohibition of Nuclear Weapons (TPNW), to be held in Austria in June, a good opportunity to work toward nuclear abolition. European countries now face a heightened fear about the possibility they could be dragged into nuclear war. I hope we can achieve the goal of making nuclear abolition a global consensus. The Japan Confederation of A- and H-bomb Sufferers Organizations also plans to send a representative to that first meeting.

At heart, I also would like to visit Russia immediately and lobby Russian citizens at the grassroots level, but I am now too old. Nevertheless, I refuse to give up. As long as I am alive, I will continue to speak out against the inhumanity of nuclear weapons. (Interviewed by Michiko Tanaka, Senior Staff Writer)