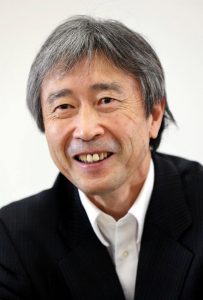 Summit represents first step toward reconsideration of nuclear deterrence
Hiroshima has been selected to serve as host of the summit meeting of the G7 (attended by the Group of Seven industrialized nations) that will take place in 2023. The international situation has become increasingly dire with Russia’s invasion of Ukraine and that country’s threat of use of nuclear weapons, as well as North Korea’s accelerated development of its nuclear weapons and conventional missiles. As nuclear disarmament lies in a critical state, what is the significance of holding the summit in the A-bombed city of Hiroshima? What achievements are expected? In this series, the Chugoku Shimbun sets out to interview experts in the field, as well as leaders of local governments and the business community.

What do you think is the significance of holding the summit in Hiroshima?
The decision to hold the summit in the A-bombed city itself sends a powerful message to Russia. Nuclear weapons must not be used, and the threat of their use is unacceptable. If the leaders of the G7 group of nations, including the nuclear weapons states of the United States, Britain, and France, are able to agree to this logical rule at the summit and issue a declaration announcing that consensus, it would be a major step toward establishing a standard for international society.

With Russia’s invasion of Ukraine as impetus, countries seem to be moving in the direction of greater dependence on nuclear deterrence.
Russia hinted at its use of nuclear weapons in the early stage of the invasion of Ukraine, threatening international society. Everyone was made to see the risk of how easily the door to nuclear conflict could be thrust open. This situation exposed how the maintenance of order based on nuclear deterrence was illusory and an inherently risky system. Unless nations rethink their security regimes based on nuclear deterrence, similar crises will likely be repeated in the future.

What role should Japan’s national government, as the summit chair country, play toward nuclear disarmament?
Prime Minister Fumio Kishida, who represents Hiroshima Prefecture’s District No. 1, advocates a world without nuclear weapons. But he must reveal a concrete roadmap to ensure that concept does not end up being mere window dressing. During the Japan-U.S. summit meeting held earlier in May, the leaders of the two countries agreed to strengthen what is known as the concept of “extended deterrence,” in which the United States would engage in the defense of Japan with its nuclear weapons and conventional military capacity. Hiroshima citizens should be able to clearly differentiate between the prime minister’s official stance and what he espouses as his true intent. Other countries should also be able to discern the difference.

Work must be put into ironing out the inconsistency. As a concrete measure, the prime minister should consider Japan’s participation in the Treaty on the Prohibition of Nuclear Weapons (TPNW). I hope Japan will participate as an observer in the First Meeting of the States Parties to the TPNW, which is to be held in Austria this month in June.

What needs to be hammered out at the summit?
Nuclear weapons states, non-nuclear weapons states, and the only country to have experienced atomic bombings will participate in the G7 summit meeting, which represents an excellent opportunity for discussions about how to advance nuclear disarmament around the world. Since the summit will be held in Hiroshima, Mr. Kishida should stress the inhumanity of the use of nuclear weapons, put forward concrete guidelines toward the elimination of such weapons, and more strongly encourage countries to engage in discussions about the issue. Finding common ground will not be easy, but I hope more efforts can be made in the area of diplomacy.

Will the summit affect activities in which the general public is engaged?
The discussions among leaders of the governments of the G7 nations will draw attention, but non-governmental organizations will also gather from around the world. In Hiroshima, many citizens’ organizations are already involved in peace activities, and the Hiroshima summit meeting is expected to be characterized by passionate deliberations. The participants should be able to discuss measures to increase the number of parties to the TPNW.

Will the summit prompt a change in the international situation?
Russia’s invasion of Ukraine has made it clear that the world order based on nuclear deterrence is fragile and that economic interdependence through the free trade of food and natural resources does not always strengthen harmony on an international scale. The G7 is an important political and diplomatic forum at which the major countries of Europe, North America, and Asia gather to meet. I hope that group can break away from the concept of nuclear deterrence and propose a new medium- to long-term global order. (Interviewed by Yu Kawakami)

Ryo Oshiba
Graduated from the law school at Hitotsubashi University. Earned a doctorate in political science from Yale University in the United States. Appointed to his current position in April 2019 after serving in such posts as director and vice president of Hitotsubashi University and director of Aoyama Gakuin University’s International Center. His specialty is international relations. He was born in Japan’s Hyogo Prefecture and is now 68 years old.