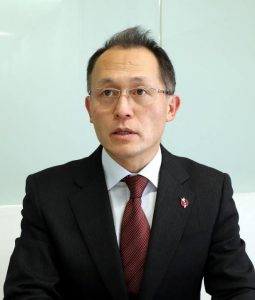 The war that began with Russia’s invasion of Ukraine brought the need for a comprehensive ban and abolition of nuclear weapons into stark relief. Members of the North Atlantic Treaty Organization (NATO), a nuclear alliance between European nations and the United States, has not directly exchanged fire with Russia, but the fear persists that the two sides might find themselves at war. As the world now confronts the risk of nuclear weapons’ use, the views of the A-bombed Hiroshima City, which is part of the district that Japan’s current prime minister represents, have become ever more important.

The Meeting of States Parties to the Treaty on the Prohibition of Nuclear Weapons (TPNW), scheduled to be held in Austria this coming June, will be an important opportunity to lead international society in the direction of nuclear abolition. It is anticipated that the meeting will result in the issuance of a declaration that includes the risk of nuclear weapons’ use and a warning about the inhumanity of such weapons.

However, also spreading throughout the world is a movement that runs counter to the TPNW. For example, at the same time Finland and Sweden in northern Europe are showing their interest in joining NATO, the Belarus constitution, which had stipulated that the country would not possess nuclear weapons, was amended in a national referendum. To cope with such a situation around the world, one of the themes of the States Parties meeting should be the manner in which participation in the treaty can be increased, an issue touched on in the TPNW’s Article 12.

Now, with the threat of nuclear weapons facing the world, each nation’s stance about the issue is being tested. On that basis, it would be of significance to learn the history of Mexico, which contributed greatly to the TPNW entering into force. That nation is next door to the United States, the country that dropped the atomic bombs on Hiroshima and Nagasaki, and witnessed growing tensions up close at the time of the 1962 Cuban Missile Crisis, which nearly led to nuclear war. Based on that experience, Mexico created a nuclear-weapon-free-zone treaty with other Latin American countries in the 1960s toward becoming a non-nuclear nation.

On the other hand, the “nuclear-sharing policy,” by which U.S. nuclear weapons would be deployed on Japan territory under joint control of the two countries, has been discussed in the A-bombed nation of Japan, the national government of which has also turned its back on the TPNW. Try to recall the address made to the Diet, Japan’s parliament, by the Ukrainian president Volodymyr Zelensky. He did not request the provision of weapons but instead stressed that Japan provide reconstruction assistance. That was likely because Japan had experienced the atomic bombings and maintains a pacifist constitution with three non-nuclear principles. Based on the international community’s regard of Japan, the country should focus on creating and supporting an international system that forbids nuclear weapons.

Whether Japan participates in the meeting of States Parties as an observer depends on the political determination made by Prime Minister Fumiko Kishida, who represents Hiroshima Prefecture’s District No. 1. In 1997, Japan signed the Mine Ban Treaty, despite cautious views held by some within the government, a result that was made possible by a decision made by then Foreign Minister Keizo Obuchi. Prime Minister Kishida, who is confident in his ability to listen to the opinions of others, has probably heard many people asking for Japan’s participation in the TPNW. On that basis, one would hope he could make the appropriate decision.

It is hoped that the people of Hiroshima continue raising their voices to encourage Mr. Kishida to make the decision to join the TPNW. The voices from the A-bombed city of Hiroshima, Prime Minister Kishida’s electorate, are crucially important to the world.


Profile
Akira Kawasaki
Born in Tokyo in 1968. Graduated from the University of Tokyo. Held several positions in the International Campaign to Abolish Nuclear Weapons (ICAN), including deputy-director and co-director. Also serves on the executive committee of the NGO Peace Boat organization.