World-renowned fashion designer Issey Miyake dies at age 84: He kept a wish for peace after experiencing atomic bombing when he was 7 years old 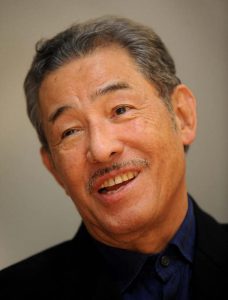 On August 5, Issey Miyake (real name, Kazunaru Miyake), a worldwide fashion designer born in Higashi Ward, Hiroshima and who received the Order of Culture, died of hepatoma at a hospital in Tokyo. He was 84. With innovative concepts such as “a Piece of Cloth,” Mr. Miyake created modern garments, and spread his “Issey Miyake” brand across the globe. In 2009, he garnered public attention by writing an article for a U.S. newspaper about experiencing the atomic bomb in his childhood. His funeral service was already held. Due to his living will, no memorial service or goodbye celebration will take place.

Mr. Miyake was born in 1938. After he graduated from Hiroshima Kokutaiji High School in the city’s Naka Ward, he entered Tama Art University. He began to design clothing while he was studying at the university. In the late 1960s, he apprenticed in Paris and New York. After returning to Japan, he established Miyake Design Studio in Tokyo in 1970. He then participated in the Paris collection first time in 1973.

He considered a figure wearing only a piece of cloth as the origin of clothing and pursued an outfit which was simple and could fit a wearer’s body regardless of his or her body shape. His collection of clothes with pleats, which was launched in 1988, earned an international reputation. His notable work of “Pleats Please” captivated people with the epoch-making functionality and texture.

In 1990, he won the first Hiroshima Art Prize, which Hiroshima City government had given to honor the modern artist, because of his achievements such as heightening the fashion world to the domain of art. He received the Medal with Purple Ribbon in 1997, and the Order of Culture in 2010, and was given titles of honorary citizen of Hiroshima City, and honorary citizen of Hiroshima Prefecture. In 2016, he was decorated as a Commandeur de l’Ordre National de la Legion d’Honneur from France.

He experienced the atomic bombing when he was seven. In order not to be called as “the A-bombed fashion designer,” he had kept silent regarding his bombing experience for a long time. However, he continued to have special feelings for his hometown and peace, by mentioning that he was very inspired by the parapets’ design on the Peace Bridge and the West Peace Bridge, which had been designed by Isamu Noguchi, as source of his creation.

In 2009, he wrote an article titled “A Flash of Memory” for the U.S. newspaper, the New York Times, and revealed the fact first time that he had experienced the atomic bombing. He asked then the U.S. president Barack Obama to visit Hiroshima. His wish came true in 2016, and a wristwatch designed by Mr. Miyake’s office was given by the city to Mr. Obama as souvenir of his visit at that time.