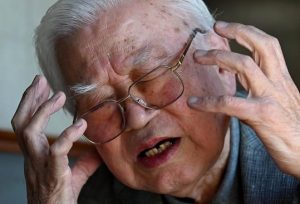 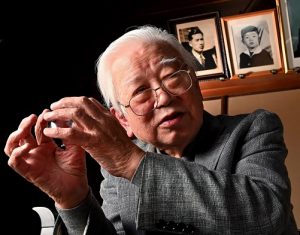 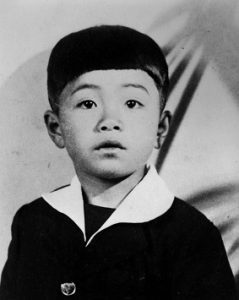 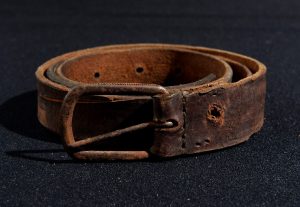 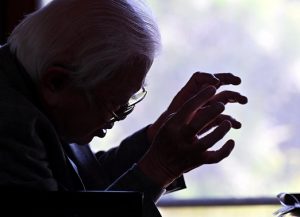 When Masaru Nanko was a third-year student at Hiroshima Prefectural First Junior High School, he was present at his younger brother’s deathbed. Two grades in school younger than Mr. Nanko, his brother had been severely burned by thermal rays from the atomic bombing. Mr. Nanko had been working at a munitions factory in the suburbs of Hiroshima when the atomic bomb was dropped. Quickly returning to his home in the city’s present-day Minami Ward, he was exposed to radiation that remained in the city after the bombing. Following graduation from university, Mr. Nanko went to work for Hiroshima Bank. Upon retirement, he served as chairperson of the board of directors for the former Hiroshima Stock Exchange.

I am so frustrated that there is no visible progress toward a ceasefire and that the risk of nuclear weapons’ use only continues to grow. The Group of Seven (G7) nations speak often of military and financial support, but is that enough for Japan? Now is the time to raise our voices about what the atomic bombings wrought and dissuade Russia from using such weapons. That is precisely what I believe to be the obligation of the A-bombed nation of Japan and its responsibility to the many victims of the atomic bombings.

My brother was one of those forced to die a cruel death. On that day, August 6, 1945, I witnessed the flash of the atomic bomb while working at Toyo Kogyo (now Mazda Motor Corporation, in Fuchu-cho, Hiroshima Prefecture) as a mobilized student. While running past people desperately trying to escape, I managed to return home before noon. Shortly after two o’clock in the afternoon, my mother shouted, “Osamu’s back!” A stranger had brought my brother to our house on his bike rack.

I didn’t recognize him. His face was red and swollen and, with his burnt uniform, he was clad mostly in his underwear. Osamu was gripping in his hands a leather belt that I seem to remember he had received as a gift from our parents when he got into school.

My mother and I by his side, my brother died that evening. In his last moments, he was moving his arms about as if saying “good bye” with flag signals. It was a truly a shame he died without being able to speak, but we were still somewhat fortunate — the remains of so many victims have never been found.

In 2004, I donated Osamu’s belt to the Hiroshima Peace Memorial Museum, located in the city’s Naka Ward. At the summit meeting of the G7 (attended by the Group of Seven industrialized nations), scheduled to be held in Hiroshima next May, I want the leaders, including the president of the United States, a country that has never offered an apology to Hiroshima’s citizens, to take a good look at the exhibits. I also want, you, President Putin, to pay a visit and have a look. (Interviewed by Michiko Tanaka, Senior Staff Writer)