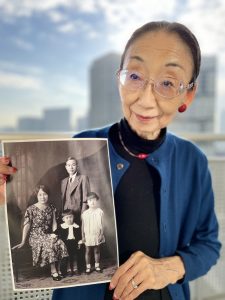 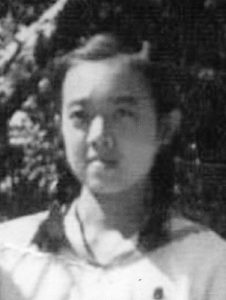 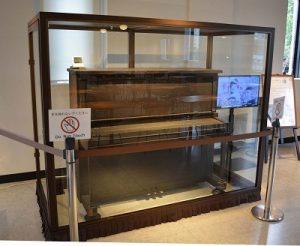 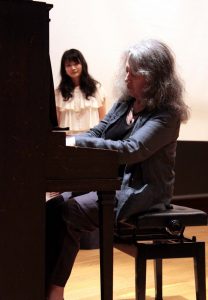 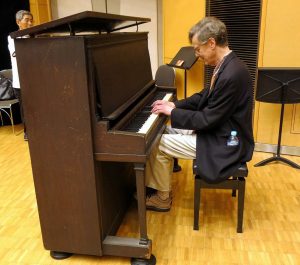 I first came across Akiko’s piano in the 1980s. When living in Hiroshima, my house was near her parents’ place. Her parents were hesitant to speak much about Akiko before they died. But when I read her diary, composed of 21 volumes, I discovered who she truly was. Her father, Genkichi, left more than 50 volumes of his own personal journal and a record of Akiko’s first years. He had recorded Akiko’s growth in detail, including her height, bodyweight, the day she laughed out loud for the first time, and the words she spoke.

Akiko’s parents raised her with loving care. Then, she was killed in an instant, and they had to cremate her with their own hands. I can only imagine how excruciatingly sad it must have been for them. The sounds of her piano will resonate with people if they can accept that story as their own from the viewpoint of a child or a parent. I wonder how the piano would sound to Russian President Vladimir Putin.

The piano has been played at elementary and junior high schools as well as community centers across Japan as part of peace education programs. World-renowned pianists, including Martha Argerich and the late Peter Serkin, have performed on the piano, with the 2013 performance by Mami Hagiwara, a third-generation A-bomb survivor from Hiroshima, serving as impetus.

In 2020, Piano Concerto No. 4 ‘Akiko’s Piano,’ composed by the energetic composer Dai Fujikura, was premiered by the Hiroshima Symphony Orchestra. Overseas orchestras are now planning to also perform the concerto.

Like Akiko, who never knew that it was the atomic bombing that took her life, there must be many children throughout the world whose lives have been taken by war. I hope the leaders of the seven industrialized nations will listen to the piano when they visit Hiroshima for the summit meeting of the G7, to be held next May in the city. That is my dream. (Interviewed by Aya Kano)