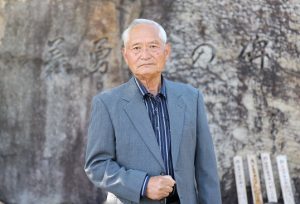 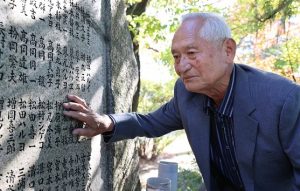 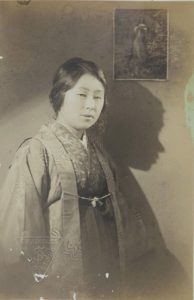 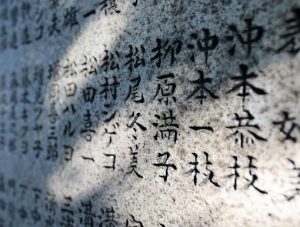 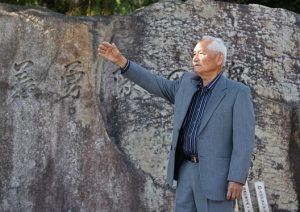 Communicate the tragedy of the A-bombed area, where survivors continue to suffer
Arihiro Yanagihara still lives in the area where he was born, the former Kawauchi Village (now the area of Kawauchi in Hiroshima City’s Asaminami Ward) in Hiroshima Prefecture. When Mr. Yanagihara was two years old, his mother, Mitsuko, then 37, was killed in the atomic bombing at a location near the hypocenter. As a member of a national corps of volunteers formed in districts and organizations across the country by order of the national government, she was engaged in the work of creating firebreaks in preparation for air raids. All of the roughly 200 volunteers involved in that work, including Mitsuko, were killed. To pass on information about the tragedy, Mr. Yanagihara has served as president of a group of bereaved families since retirement from his work as a junior high school teacher.

Kawauchi is located in the suburbs of Hiroshima, ten kilometers north of the hypocenter. Nevertheless, after the war, it began to be called “Pika village” (‘pika’ being the Japanese vernacular for the flash generated by the atomic bombing). Many residents of the village’s Nukui area had been mobilized to tear down buildings for the creation of firebreaks on that day, but none survived because they were working right at the hypocenter. The village gained the reputation as a place where women and children were forced to live lives of extreme hardship after husbands and fathers had been killed in the atomic bombing.

Ten years ago, I took on the role as president of a group of bereaved families and have come into contact with the memories of the residents. Some engaged in a search for their parents in the city without knowing that their own bodies would be ravaged by radiation, but they were unable to find even remains of their family members. One victim, suffering burns over his entire body, was miraculously carried home after the bombing but died after suffering terribly in front of his family.

More than 70 women lost their husbands in the atomic bombing. The women didn’t even have time to grieve. I heard they had to work desperately to feed their families, plowing fields and working as day laborers. Brothers and sisters were orphaned and suffered starvation. All experienced the depths of misery.

My father was working at a munitions factory, but on that day my mother had gone to the city to work in his place. And that was the last we saw of her. My father searched the city for her for a month but never found any trace. He never took me with him because I guess he thought I would slow him down. That is the reason why I wasn’t exposed to radiation. But I have no memory of my mother. My father was always busy with work, and as a result, my childhood was lonely.

The tragedy of war is being repeated as we speak. It is truly unbearable for me. If nuclear weapons were to be used now, all the people in certain areas would lose everything, as happened in Kawauchi. Radiation would cross national borders and, naturally, into Russia as well. Even for survivors of the war, the pain and suffering would continue. (Interviewed by Michiko Tanaka, Senior Staff Writer)