Atomic Bomb Exhibition to be held during the G8 Summit in Hokkaido, Japan 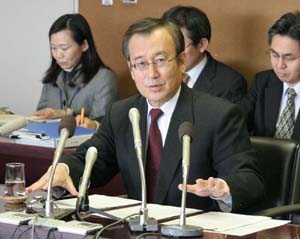 On January 15, 2008, Tadatoshi Akiba, Mayor of Hiroshima, expressed his desire for the city to co-sponsor an Atomic Bomb Exhibition with the city of Nagasaki in conjunction with the G8 Summit in Hokkaido, Japan. The Toyako Summit will be held July 7-9 and the exhibition will run from the end of June through July 9 in hopes that the G8 leaders may attend.

Mayor Akiba commented on this objective at his press conference, stating, “I would like to present an opportunity for the participants, the media, and others to contact the consequences of the atomic bombings and the messages of the hibakusha.”

Since the Okinawa Summit of 2000, this will be the first Atomic Bomb Exhibition held in conjunction with a summit meeting in eight years. As the city of Toyako, where the summit will be held, lacks a suitable facility for the exhibition, the event will be organized in Sapporo, about 70 kilometers from the meeting venue.

Details of the exhibition--its specific dates, venue, and contents--are now under discussion. The city of Hiroshima is working out a schedule with the cities of Nagasaki and Sapporo so the exhibition can be held in downtown Sapporo from the start of the G8 University Summit, the meeting of university presidents between June 30 and July 1.

Mayor Akiba also shared his intention to urge the Japanese government to exhibit posters depicting damage and suffering caused by the atomic bombs at the hotel used as the venue for the Toyako Summit.

When the Atomic Bomb Exhibition was held for two weeks at the Okinawa Prefectural Peace Memorial Museum in Itoman, Okinawa in conjunction with the Okinawa Summit, about 6,000 people visited the exhibition. No political leaders appeared at the event, though invitation letters had been sent to the participating nations.
ツイート
Return