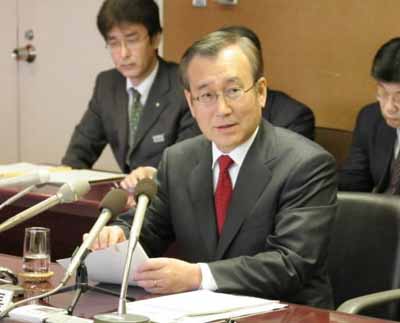 The membership of Mayors for Peace (President, Hiroshima Mayor Tadatoshi Akiba), an international network of municipalities seeking the elimination of all nuclear weapons by the year 2020 (the “2020 Vision Campaign”), surpassed 2,000 member cities on January 28, 2008. Now, 2,028 cities from 127 countries and regions are members of the organization.

Mayors for Peace was founded in 1982, inspired by a proposal from the cities of Hiroshima and Nagasaki, and its membership has grown rapidly of late. In fact, the number of member cities has tripled over the past three years. Mayors for Peace is dedicated to strengthening solidarity among the world’s cities and works to sway the United Nations, the nuclear powers, and international opinion in order to realize a world free from nuclear weapons.

Mayors for Peace endeavors to have the Nuclear Weapons Convention come into effect by 2010 when the NPT Review Conference is held. Towards this end, it plans to present the “Hiroshima-Nagasaki Protocol”, showing the framework of its efforts, in conjunction with the NPT Review Conference Preparatory Committee, which meets in May of this year in Geneva, Switzerland. The goal is for the Protocol to be adopted in 2009, since the United Nations has declared 2010-2020 to be a Decade of Disarmament.

At a press conference, Mayor Akiba reported on recent developments involving Mayors for Peace. The latest group of cities to join the organization numbers 46 and includes municipalities from Europe, the United States, and Taiwan as well as Faa’a in French Polynesia, where France repeatedly conducted nuclear tests between the 1960s and 1990s. As a result, Mayors for Peace has now achieved its goal of acquiring 2,020 member cities by the end of this fiscal year

Mayor Akiba believes that the rapid rise in membership can be attributed to respect for the 2020 Vision Campaign and he remarked, “The message of Hiroshima and Nagasaki can be understood by every city, namely that local municipalities all have a responsibility to prevent the suffering of our citizens due to conflict and war.”

Mayors for Peace has begun appealing to Japanese cities, too, to join the organization and thereby expand its membership in Japan. To date, Hiroshima and Nagasaki have been the only Japanese member cities. It will also focus on attracting the support of Washington, D.C., Islamabad, and other capital cities of nuclear weapons states that have not yet become members. Mayor Akiba expressed his eagerness to further expand the Mayors for Peace network, stating, “If the mayors of a country raise their voices and strengthen public opinion against nuclear weapons, their national government can be influenced to take more constructive action in regard to nuclear disarmament.”

Mayors for Peace
In response to calls from the mayors of Hiroshima and Nagasaki, Mayors for Peace was launched in 1982 as “The World Conference of Mayors for Peace through Intercity Solidarity.” The organization holds a general conference once every four years and, in 1990, was officially registered as a UN NGO related to the Department of Public Information. In 2001, it changed its name to “Mayors for Peace.” Many member cities are in Europe and the United States: 308 in Germany, 288 in Belgium, 259 in Italy, and 115 in the United States. Uganda (53 cities) and Iraq (45) are also among the top ten countries. In many cases, NGOs and individuals that are active in peace-related work have persuaded their mayors to become members of Mayors for Peace.

Cities and municipalities are encouraged to join Mayors for Peace by visiting the organization’s website for further details.