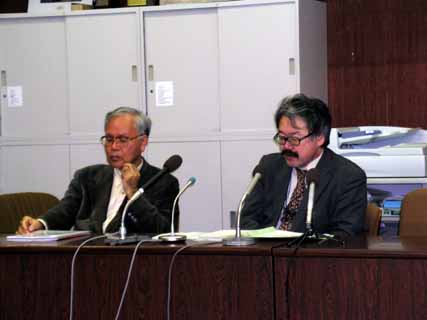 The revised Atomic Bomb Survivors Relief Law, which will now enable A-bomb survivors (hibakusha) living overseas to obtain the Atomic Bomb Survivor’s Certificate at embassies and consulates abroad, came into effect on December 15. Under the revised law, progress is expected in regard to providing aid to hibakusha residing abroad, yet no changes to the application procedures for A-bomb disease certification or the health care subsidies for survivors overseas has been envisioned. Differences therefore remain in the assistance offered to hibakusha outside Japan compared to those in the country.

The Ministry of Health, Labor and Welfare is accepting applications from survivors living overseas, placing application forms for the certificate in English, Hangul, and Portuguese at Japanese embassies and consulates. From these embassies and consulates, the application forms are sent to the Prefectural Office or City Hall of Hiroshima or Nagasaki. After the documents are screened, embassy or consulate staff then interview the applicant and they provide the Atomic Bomb Survivor’s Certificate.

Hibakusha living outside Japan had not been covered under the relief law for many years, unless they traveled to Japan to file an application. In 2002, however, the Osaka High Court ruled that “Hibakusha are hibakusha, no matter where they reside” and ordered the Japanese government to provide survivors in South Korea with the Health Management Allowance, in line with the relief law. In the following year, 2003, the directive issued by the director general of the former Ministry of Health and Welfare in 1974, which had prevented hibakusha overseas from receiving benefits, was repealed.

In November 2007, a lawsuit filed by former conscripted laborers at Mitsubishi Heavy Industries led to the Supreme Court decision that the Japanese government, which had been indifferent to survivors abroad, was responsible for compensation and the court ordered that the relief law be applied to those residing overseas, too. Based on this ruling, legislators revised the Atomic Bomb Survivors Relief Law, revoking the “travel to Japan provision” for obtaining the certificate, and the new law was passed and promulgated this past June.

The revised law carries an addendum which states that “necessary measures will be taken” regarding the application procedure for A-bomb disease certification. The Ministry, however, has shelved its implementation, citing “A number of challenges remain, including communication with doctors.” Moreover, the medical expenses of hibakusha living in Japan are fully covered while health subsidies for hibakusha overseas are capped at 145,000 yen annually. The addendum calls for this discrepancy to be addressed, but due to differences in the medical and insurance systems between foreign countries and Japan, the matter has not been resolved.

After the revised law took effect, a South Korean woman living in Daegu, South Korea applied for the certificate at the Busan Consulate-General of Japan on December 15. According to the South Korean Atomic Bomb Sufferers Association, the woman is in her 80s and experienced the atomic bombing in Hiroshima. She has already completed the preliminary screening and has been issued the Atomic Bomb Certificate of Acknowledgement. A prompt granting of the official certificate is now expected.

First oral proceedings for the appeal filed by the bereaved family members of two Japanese nationals residing in Brazil were held at the Hiroshima High Court on December 15. The plaintiffs contend that rejecting the two applications for the Atomic Bomb Survivor’s Certificate on the grounds the applicants did not travel to Japan is unlawful and they call on the Hiroshima governor to reverse its decision.

The Hiroshima prefectural government argues that the lawsuit has no merit since the two applicants have already passed away. The plaintiffs, though, have again urged the government not to continue the legal clash.

Attorneys for the plaintiffs have pressed the prefectural government to drop their opposition, citing “the revised Atomic Bomb Survivors Relief Law which came into effect on December 15 and now makes the appeal trial essentially moot.” The government, though, rebuffed this argument and showed its intention to continue the trial.

After the court adjourned, Kazuyuki Tamura, a professor at Ryukoku University Law School who provides support for lawsuits filed by hibakusha residing in Brazil, expressed disbelief over the prefectural government’s position. “The government’s assertion in this case does not conform to its past behavior in granting certificates,” he contended. “Its stance is baffling.” Mr. Tamura added to his criticism of the government’s position by saying, “According to their assertion, the medical expenses and other costs paid for by the hibakusha themselves in the time between filing the application and receiving the certificate should not be reimbursed. I wonder if they will continue this line of argument.”