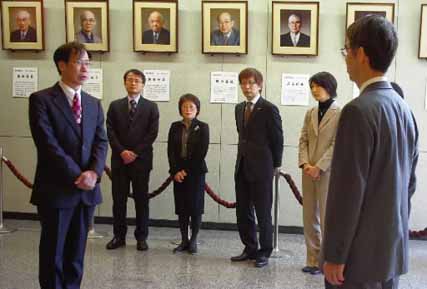 The Hiroshima International Council for Health Care of the Radiation-Exposed (HICARE), an organization comprised of the Hiroshima Prefectural Government, the Hiroshima City Government, and other entities, sent a delegation of five, including a doctor, to South Korea on February 2. The purpose of the dispatch is to improve the medial support system for A-bomb survivors (hibakusha) living in South Korea. The group will stay until February 6 to clarify issues of concern, meeting with doctors who treat hibakusha and staff involved in hibakusha support programs.

They will visit medical facilities in four cities, including Seoul, to speak with doctors and nurses. They will also meet with staff members at the Korean Red Cross Center, which runs support programs for hibakusha. Following the revision of the Atomic Bomb Survivors Relief Law last December, applications for the Atomic Bomb Survivor’s Certificate can now be filed from outside Japan. Based on this change, they will discuss the contents of future HICARE training in Hiroshima, along with other issues.