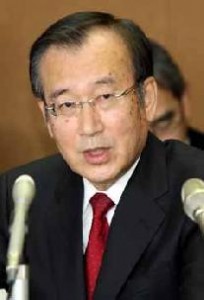 Following the U.S. presidential inauguration of Barack Obama, who has demonstrated his intention to move toward nuclear disarmament, the City of Hiroshima will strengthen its efforts to appeal internationally for the realization of a world free of nuclear weapons by the year 2020. On February 9, the city announced its initial budget for the new fiscal year starting on April 1, and the plan includes funds for this project.

The city will continue to finance A-bomb exhibitions in the United States nationwide, which were launched in September 2007 in the run-up to the 2008 presidential election. If A-bomb survivors cannot be dispatched to new exhibitions, as they had been for previous exhibitions, a video conferencing system connecting the venues and Hiroshima Peace Memorial Museum will be used so that American citizens can still listen to personal testimonies from survivors.

A-bomb exhibitions have already been held in a total of 113 cities in 48 states and the District of Columbia (Washington D.C.). Eleven more cities will be hosting exhibitions by the end of March. In the new fiscal year, to raise public awareness for nuclear abolition under the Obama administration, exhibitions are scheduled to be held in 25 cities in several states including Texas and North Dakota, where no A-bomb exhibitions have yet been held.

Mayor Tadatoshi Akiba will attend the third PrepCom for the 2010 NPT Review Conference to be held in New York in May and urge that the United States and the international community take stronger action to advance the abolition of nuclear weapons.

Mayor Akiba will also visit the other nuclear superpower, Russia, in September and seek its cooperation to expand the membership and activities of Mayors for Peace. The network’s membership now stands at 2,708 cities, of which only 14 are members from Russia.