UNITAR to launch architectural competition for reconstruction in post-conflict areas 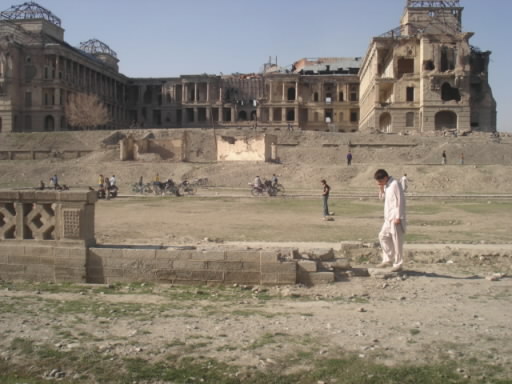 The United Nations Institute for Training and Research (UNITAR, headquarters in Geneva) announced its “Building for Peace” project on April 16 at a press conference in Hiroshima. This project will promote building parks as a prayer for peace in former conflict areas around the world. The first park will be built in Kabul, the capital of Afghanistan.

The project has been prepared by the UNITAR Hiroshima Office based on the process involved in constructing Hiroshima Peace Memorial Park, which is located near the hypocenter of the atomic bomb. The Hiroshima office, in cooperation with Swiss Federal Institute of Technology, Lausanne, will collect ideas from architecture departments of universities and architect firms from around the world. The office will seek financial support for the construction from world governments and international organizations.

For the park to be built in Kabul, Afghanistan, candidate sites are places where a palace and a theater once stood but were destroyed in the 1979 Soviet invasion and the 1990 civil war. The site will be determined after discussions with local parties and a design competition will be launched in January 2010. The winning design will be awarded the “International Architectural Prize in Post-Conflict Reconstruction” and the park will be constructed according to this plan.

Director of the UNITAR Hiroshima Office, Nassrine Azimi, said, “There is something evocative to Hiroshima Peace Memorial Park. We will start the project in Afghanistan first, and then in other former conflict areas.”

The office will hold a symposium in Hiroshima Peace Memorial Museum, in Peace Memorial Park, from 4:00 p.m. on April 24. Members of the Afghan Cultural Heritage Organization will discuss the significance of the project.