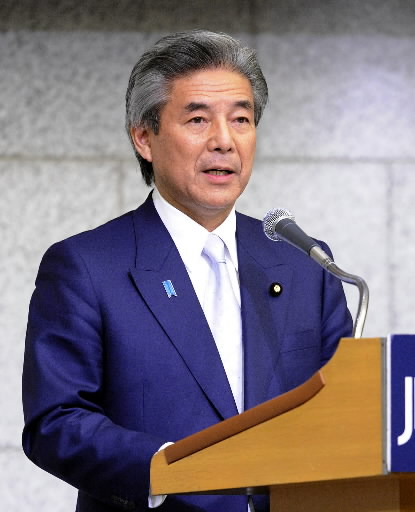 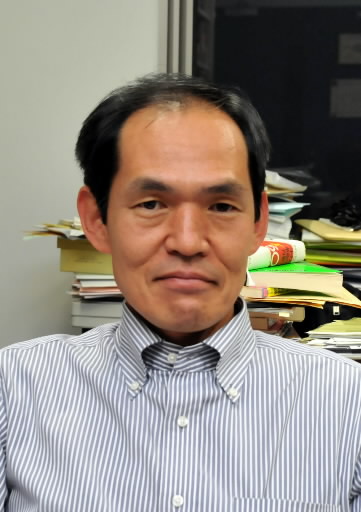 On April 27, at a gathering in Tokyo organized by the Japan Institute of International Affairs, Japanese Minister for Foreign Affairs Hirofumi Nakasone issued a statement titled “Conditions towards Zero: 11 Benchmarks for Global Nuclear Disarmament” as a general guideline for nuclear disarmament and non-proliferation.

The guideline is based on three central ideas, namely the steps involving nuclear disarmament, disarmament and non-proliferation measures by the entire international community, and the peaceful use of nuclear energy.

In his statement, Mr. Nakasone called on the two nuclear powers of the U.S. and Russia to enhance their cooperation and leadership. He urged the other nuclear weapon states, including China, to freeze the development of nuclear weapons and other delivery systems. He also appealed for irreversible nuclear disarmament, including the dismantling of nuclear warheads and the disclosure of information concerning nuclear arsenals, such as the numbers of nuclear weapons.

Mr. Nakasone proposed a ban on nuclear tests as part of efforts taken by the entire international community and expressed his hope that the U.S. will ratify the Comprehensive Test Ban Treaty (CTBT) before the Nuclear Non-proliferation Treaty (NPT) Review Conference in 2010. He added that Japan would draw up “a program to promote the early entry-into-force of CTBT” and exert further efforts to persuade China, India, and Pakistan to ratify the CTBT. Mr. Nakasone also suggested that measures be considered to impose restrictions on ballistic missiles.

Mr. Nakasone went on to announce that Japan would host a conference, tentatively titled “The 2010 Nuclear Disarmament Conference,” at an early date ahead of the NPT Review Conference in the spring of 2010. He said that he would like to encourage concerted actions by the international community.

Regarding the peaceful use of nuclear energy, he stressed the importance of cooperation with the International Atomic Energy Agency (IAEA). He also announced that Japan would call on Asian countries that have introduced nuclear power plants to gather for an international conference on nuclear security in Tokyo as early as this fall.

Kazumi Mizumoto, 52, associate professor at the Hiroshima Peace Institute of Hiroshima City University and a specialist in international politics, has analyzed the 11 benchmarks that Mr. Nakasone revealed in a speech championing a world free of nuclear weapons. The following are Professor Mizumoto’s thoughts:

“At the same time, these benchmarks appear to simply adopt the view of the U.S. government, which has begun to seek the realization of ‘a world without nuclear weapons.’ They also include familiar themes, with Japan standing behind the U.S. nuclear deterrent while framing nuclear abolition as Japan’s ‘long-nourished hope’ based on its experience of the atomic bombings in Hiroshima and Nagasaki. As long as Mr. Nakasone was referring to the A-bombed cities of Hiroshima and Nagasaki, he should have conveyed the inhumanity of nuclear weapons more strongly. Japan is in a position to make its own proposals, too, those that only an A-bombed nation could make.

“Moreover, unless Japan makes new proposals that seek to diminish ‘the nuclear umbrella,’ including a policy of no-first-use of nuclear weapons, nuclear disarmament will not move forward in a real sense. In cooperation with other nations dependent on the U.S. nuclear deterrent, such as member nations of the North Atlantic Treaty Organization (NATO), Japan should discuss concrete measures to reduce such dependence on nuclear weapons.

“Though there are probably limits to this diplomatic front, we should not be dismissive of it. Rather, we should recognize the positive attitude of Foreign Minister Nakasone and the citizens of the A-bombed cities should continue to encourage this outlook.”