Achievements of Barbara Reynolds, American peace activist, to be shared with next generation 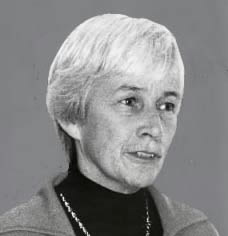 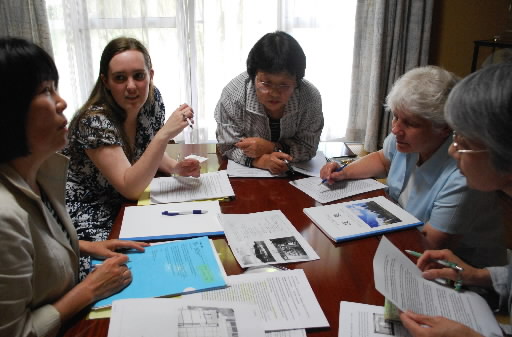 The World Friendship Center (WFC), located in Nishi Ward, Hiroshima, has embarked on efforts to convey the achievements of Barbara Reynolds (1915-1990), an American peace activist and the WFC founder. WFC is collaborating in these efforts with the Peace Resource Center, which was established by Ms. Reynolds in 1975 at Wilmington College in the U.S. state of Ohio. WFC is interviewing people in Hiroshima and Nagasaki who were associated with Ms. Reynolds, while digitizing its data related to her life.

Abbey Pratt-Harrington, 22, a senior at Wilmington College who is staying at WFC from the middle of May to the beginning of August, is visiting atomic bomb survivors (hibakusha) and supporters who knew Ms. Reynolds when she was alive. With the cooperation of WFC volunteers, including Kaori Kurumaji and Michiko Yamane, Ms. Pratt-Harrington has made videotaped records of the interviews.

The efforts also include collecting letters written by Ms. Reynolds and photographs that show her activities. The process of digitizing the WFC data involves documents that have been housed since its opening in 1965. The data may then eventually be included in a database on its website.

Ms. Reynolds came to live in Hiroshima in 1951 with her husband, a researcher at the Atomic Bomb Casualty Commission (ABCC). She devoted herself to supporting hibakusha and promoting the peace movement. After she returned to the U.S. in 1969, she used her own funds to continue her peace activities.

The WFC’s current efforts began when Kent Sweitzer, the former director of WFC, contacted Wilmington College. Mr. Sweitzer went back to the U.S. in May 2009, after turning over his post to his successor.

Ms. Kurumaji said, “The fact that Hiroshima has become known around the world, we owe that to Barbara. We would like to fully convey her achievements to the next generation.”