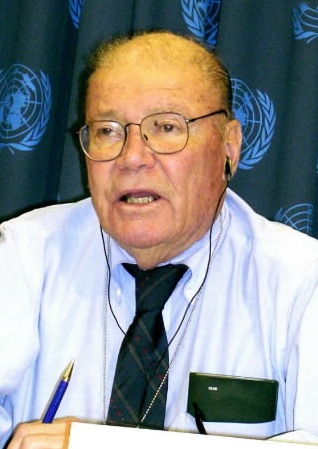 Robert McNamara, who served as U.S. secretary of defense during the Vietnam War, died in Washington early Monday morning, the Washington Post reported. He was 93.

The Post reported on its website that McNamara died in his sleep at his home in Washington. The precise cause of death was not immediately known.

A former Ford Motor president, McNamara was defense secretary under presidents John F. Kennedy and Lyndon Johnson during the Vietnam War from 1961 to 1968, when he became president of the World Bank, a post he held until 1981.

He had been long remembered as one of the architects of America's military involvement in the Vietnam War, which some critics dubbed ''McNamara's war.''

He also played a role in such episodes as the disastrous Bay of Pigs invasion in 1961 and the Cuban missile crisis in 1962.

McNamara chronicled his Vietnam War-era experience in his 1995 memoirs titled ''In Retrospect: The Tragedy and Lessons of Vietnam.''