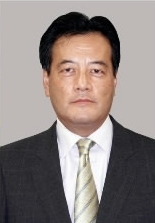 The remark, made by DPJ Secretary General Katsuya Okada in an interview with Kyodo News, underscores the party's determination that lawmakers should gain the upper hand in their relationship with bureaucrats over policymaking.

The Japanese government keeps denying the existence of the pact because it would contradict the country's non-nuclear principles of not possessing, producing or allowing nuclear weapons on its territory.

But former Vice Foreign Minister Ryohei Murata has testified to the existence of the accord in numerous media interviews.

''The foreign minister must say, first of all, 'Turn over the secret pact,''' said Okada. ''If (ministry officials) do not turn it over, (they) would be breaching an order concerning their duty.''

Okada suggested that if ministry officials did not comply with the minister's order and were unable to account for the case, a DPJ-led government would set up an investigative panel outside the ministry.

Okada also suggested that a DPJ-led government would take stern action if it found that documents concerning the secret pact had indeed been destroyed before an information disclosure law took effect in April 2001, as was suggested in some reports.

''If there was such a fact, it would be out of the question,'' he said. ''It is against the rules if (the officials) had destroyed something that was required to be kept.''

The covert pact allows nuclear-armed U.S. ships and planes to make port calls or fly over in Japan. Even after the testimonies by Murata, the government has kept denying its existence.

The two countries agreed on the secret deal in revising the Japan-U.S. security treaty in 1960, although the treaty stipulates that Washington must hold consultations with Tokyo before bringing nuclear weapons into Japan. But nuclear-armed U.S. military aircraft or vessels have apparently flown over the Japanese skies or stopped over in the country without prior notice.