Five Russians died in the atomic bombing of Hiroshima 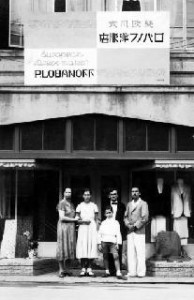 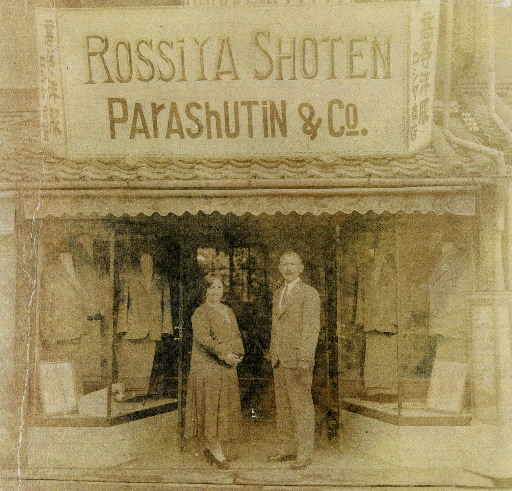 It has been learned that 13 “White Russians” from six families were exposed to the atomic bombing of Hiroshima on August 6, 1945. Among them, five died by the end of fall that year. The matter was jointly explored by Petr Podalko, 45, an associate professor at Aoyama Gakuin University, who specializes in the history of Japanese-Russian relations, Hiroshima Peace Memorial Museum, and the Chugoku Shimbun. The findings are the first in 64 years surrounding the group of Russians who settled in Hiroshima after their exile due to the Russian Revolution of 1917 and suffered the atomic bombing.

Among the family of Paul Lobanoff, four of the five members of his family died in the wake of the blast. Mr. Lobanoff ran a clothing shop in the Togiya-cho District, about 400 meters from the hypocenter. At the time of the bombing, four members of the family were in Hiroshima. Another death due to the atomic bombing was Paul Borzenski, who lived alone in the Kamiyanagi-cho District and worked as a bread vendor. He passed away in October 1945 in Kobe after leaving Hiroshima.

Shoichi Mimura, then 49, who served as a senior police officer in the Togiya-cho District, left a list of the community’s atomic bomb victims, which included the names of the four Lobanoffs. The acting ambassador of the Imperial Russia to Japan, who moved from Kobe to the United States in 1946, recorded the circumstances of Mr. Borzenski’s death.

Fyodor and Alexandra Parashutin experienced the atomic bombing at their home in Kyobashi-cho District, about 1.5 kilometers east of the hypocenter. They were buried under the rubble of their house but managed to survive. They later moved to Kobe and became involved in trade. In 1980, Alexandra passed away at the age of 77. Her husband Fyodor died in 1984 at the age of 89.

After the bombing, Vladimir Ilyin went to work at a confectionary run by a Russian in Kobe and got married. He passed away in Australia, where he settled in the 1960s.

Sergei Palchikoff worked as a music teacher at Hiroshima Jogakuin School. Mr. Palchikoff and the three members of his family suffered the atomic bombing in present-day Ushita-asahi in Higashi Ward but survived. After the war, all of them settled in the United States. In 1986, Mr. Palchikoff’s eldest daughter returned to Hiroshima for a visit and shared the story of her family’s life after the bombing at her old school.

Kaleria Drago, the eldest daughter, is now 88 and lives in the U.S. state of California. “My younger brother has passed away. I assume I’m now the only one among the Russians who suffered the atomic bombing and is still alive,” she said by telephone. Ms. Drago also mentioned that the violinist Constantine Barkovski, who went into exile in Japan with her parents, died in San Francisco, California in the early 1980s.

“The Hiroshima A-bomb Disaster, Volume 1,” published in 1971 by the City of Hiroshima, touched on the issue of the White Russians and indicated that seven of them, including some unidentified at the time, were exposed to the bombing. However, the whole picture of their fate had not been clarified. This year, the Chugoku Shimbun and Peace Memorial Museum conducted an investigation of the issue based on a thesis about the Russian A-bomb survivors that Professor Podalko released in Russia in 2002.

White Russians
The term “White Russians” refers to those who went into exile following the Russian Revolution of 1917. “White” comes from the “White Guard,” people who were opposed to the Soviet “Red Army.” After 1925, when Japan and the Soviet Union established diplomatic ties, these people lost their Russian nationality. In 1930, the number of White Russians living in Japan, mainly in Hyogo and Kanagawa Prefectures, was 1,666. Later, a large number of them chose to settle in a third country. In pre-war Japan, many were active in the fields of arts and sports as players and instructors.