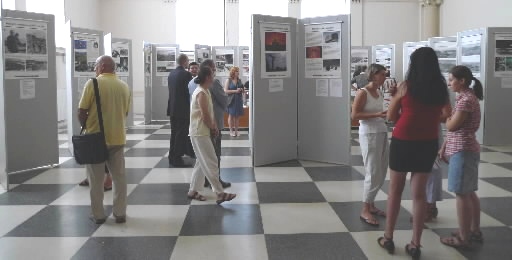 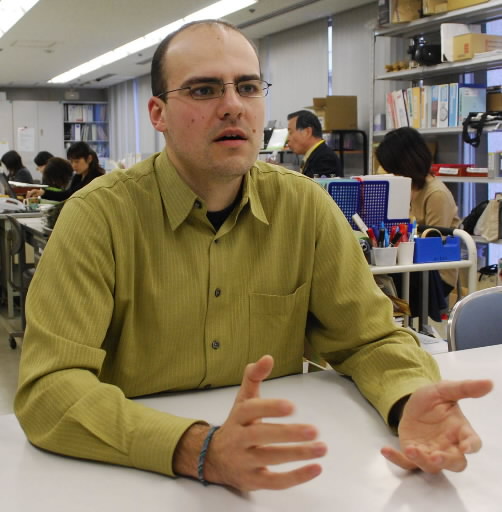 The “Hiroshima and Nagasaki A-bomb Exhibition” is being held at the Romanian National History Museum in Bucharest, the capital of Romania. Cezar Constantinescu, 28, who worked as a volunteer at Peace Memorial Museum in Hiroshima, served as the bridge connecting the A-bombed city and Romania in order to realize the event.

The A-bomb exhibition is co-organized by the Romanian museum and the Japanese Embassy in Romania. At the exhibition, 30 photo posters depicting the devastation wrought by the atomic bombings are on display, and a film showing Hiroshima in ruins after the bombing is being screened. The event opened on August 6, the day of the atomic bombing of Hiroshima. On the first day, about 60 people visited the exhibition and looked at the items on display with somber expressions. The exhibition will run through September 6.

In Romania, Japanese citizens’ groups and Japan Overseas Cooperation Volunteers have held previous A-bomb exhibitions. Still, Mr. Constantinescu said, “The real consequences of the atomic bombings have not yet been fully understood. I hope to disseminate the issue further.” Mr. Constantinescu asked officials of Hiroshima Peace Memorial Museum to provide the posters and the DVD for the event, and sought support from the Romanian National History Museum in translating the explanations of the items on display into Romanian.

Mr. Constantinescu worked at Hiroshima Peace Memorial Museum for a year and two months. In lieu of military service for his home country of Austria, he became a volunteer at the museum, where he was involved in translation and other assignments. He now lives in Romania, where he has relatives, after leaving Hiroshima this past March.