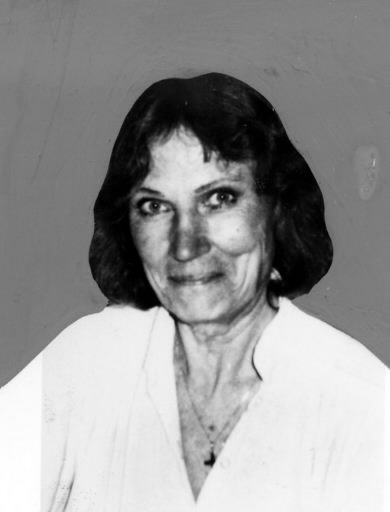 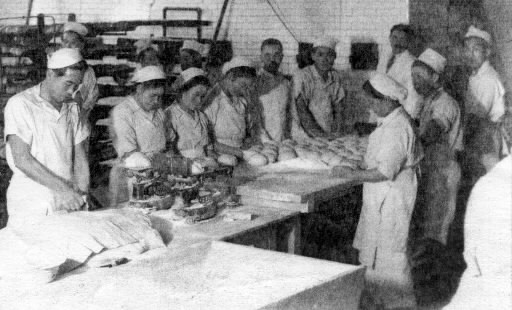 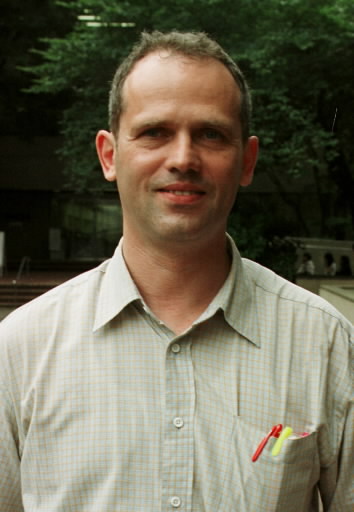 Japan is often referred to as “the only nation to have suffered atomic bombings.” This expression is used by the government, the cities of Hiroshima and Nagasaki, organizations of atomic bomb survivors and the news media. While it is true that Japan is the only nation to have been A-bombed, the Japanese were not the only ones to experience those unprecedented events. Other victims included people from the colonized Korean peninsula, people of Japanese ancestry who had been sent back to their parents’ homeland from North and South America, a German priest, foreign students from Indonesia and other Southeast Asian nations, students and workers from China, and American prisoners of war. “White Russians” who had fled their homeland and sought asylum in Japan were also among the victims of the atomic bombing of Hiroshima. The Chugoku Shimbun followed up on these forgotten victims of the bombing, who have been lost to history.

Five people, most likely the members of the Lobanoff family, pose in front of a shop with the sign “European Dressmaker Lobanoff.” The picture was taken by Wakaji Matsumoto, who ran a photography studio in Hiroshima until 1942, the year after the outbreak of war with the United States. The photo was included among many prints given to the city by Mr. Matsumoto’s family last winter via the Chugoku Shimbun. The discovery of the photo prompted the Chugoku Shimbun to investigate the fate of the Lobanoff family. Our research was conducted in cooperation with the Outreach Division at Hiroshima Peace Memorial Museum.

“My father’s brother rented the store to the Russians. It was just ahead,” said Kazuko Josaka, 73, as she walked through the neighborhood and recalled the Lobanoffs’ shop. Ms. Josaka still lives in the former Togiya District, now called the Kamiya District, and it remains the busiest shopping area in Hiroshima. She retains the list of victims of the atomic bombing that was prepared by her father, Shoichi Mimura, who died in 1980 at the age of 84. The list includes victims from their old neighborhood, whose former residents still conduct a memorial service for those who were killed in the bombing.

The Lobanoffs’ shop was about 400 meters northeast of the bombing’s hypocenter. Among the names of the residents of the 93 households who were killed that day is an entry that reads “White Russian Lobanoff and four others.”

Mr. Mimura was an officer in the keibodan police auxiliary for the Fukuromachi school district, which included the Togiya District. On the morning of August 6 he was headed to Kabe Town on the outskirts of the city and thus his life was spared, but his wife and one of his daughters were killed in the bombing. Ms. Josaka, his daughter, had been evacuated outside the city. In identifying the bodies of the victims, Mr. Mimura, who knew which local residents had evacuated, began compiling a list of their names.

The name of Sergei Lobanoff can be found on a list of the 1936 graduates of Fukuromachi Elementary School. Paul Lobanoff was listed as his father.

Kenji Fukui, 85, who was in Sergei’s class, said, “I think Sergei went to Harbin after he graduated. I ran into him in the Hondori shopping district just after I was demobilized, and that’s what he said.” Harbin, a major city in Manchuria (now in Northeast China), was occupied by Japan in 1932. Many members of the White Army, which had opposed the 1917 Russian Revolution, and their families had retreated to the city. Sergei Lobanoff is believed to be the only member of his family to escape the atomic bombing, but what happened to him afterwards is unclear.

According to Mr. Fukui, “A man who sold Russian bread in front of Fukuromachi Elementary School was often at the Lobanoffs’ clothing store.” That man was Paul Borzenski, the “white-bearded baker” listed as a victim in Volume 1 of the Record of the Hiroshima A-bomb Disaster, which was issued by the city in 1971. Upon checking with the city, it was learned that in 1970 the former landlord applied to have Mr. Borzenski’s name listed in the register of A-bomb victims. According to the register, Mr. Borzenski was living in the Kamiyanagi District at the time of the bombing and died the same day.

But according to some, nine White Russians, including Mr. Borzenski and the members of four other families, were taken to an inn in Taishakukyo in northeastern Hiroshima Prefecture after the war. Tsutomu Sasaki, 86, of Shobara City, said, “My mother took them in at the request of the police. The white-bearded man was among them.” He said the Russians stayed there until the fall and then went their separate ways to Kobe, Tokyo, and other cities.

According to Petr Podalko, 45, associate professor at Aoyama Gakuin University, “Borzenski entered a German-run hospital in Kobe and died shortly thereafter. Dmitrii Abrikossow, who served as czarist Russia’s ambassador to Japan, recorded that in his memoirs.” Mr. Podalko described the lives of the nine Russians from the time of their exile until the atomic bombing. He has been conducting research on the exiled Russians in Japan since he came to Japan in 1989 to conduct graduate studies at Osaka University. In 2002 he published an essay in Russian titled “Russian A-bomb Victims” in the journal of the Institute of Oriental Studies of the Russian Academy of Sciences.

“Borzenski, who was a colonel in the White Army, reportedly said, ‘The Russia for which I fought without regard for my life is no more. If I must die, I will accept it,’” Mr. Podalko said. “Vladimir Ilyin had also been in the White Army. After the atomic bombing he went back to work for the Morozoff Company in Kobe and said that being spared in the bombing was a case of ‘happiness amid unhappiness.’”

Fyodor Parashutin, who had been an officer in the anti-revolutionary army, did not choose to become a citizen of the Soviet Union after the war and thus was not reunited with his only daughter, who had stayed behind in Russia, until 63 years later in Kobe. The April 16, 1982 edition of the Kobe Shimbun described their tearful meeting. Mr. Parashutin died two years later at the age of 89.

The White Russians were caught up in the turmoil of revolution, exile, and the atomic bombing of their adopted homeland, and their suffering did not end with the end of the war.

From 1926 through the end of 1943 Sergei Palchikoff was a music instructor at Hiroshima Jogakuin School. He and his family of three chose to immigrate to the United States. In 1986 his daughter, Kaleria Drago, was invited to the ceremony marking the 100th anniversary of the founding of the school. During a recent telephone call to her home in Long Beach, California, she said she was still spry despite having turned 88 in June.

“My father taught Russian in the U.S. Army, but it was hard for him to start over again in another country when he was already over 50,” Ms. Drago said. “I was busy raising my three kids, and I’ve tried to forget about the atomic bombing. Even now I never discuss it with anyone.” She gets together with Japanese-Americans but said she doesn’t know any Japanese A-bomb survivors living in the United States. Ms. Drago spoke animatedly of her recollections of Hiroshima before the bombing and at the time of her visit in 1986. At the end of the interview she said, “The atomic bombing was a nightmare. I am absolutely opposed to the use of nuclear weapons.”

The names of Drago’s father Sergei, who died in 1969 at the age of 76, and her mother Alexandra, who died in 1985 at the age of 87, are noted on the register of A-bomb victims that is stored below the memorial cenotaph in Hiroshima Peace Memorial Park. When Ms. Drago returned to the city she applied to have their names added to the list. Only Fyodor Parashutin’s name was registered at the time of his death because he had held the Atomic Bomb Survivor’s Certificate. Paul Borzenski’s name was added to the list in 1970. With the exception of those four, there is no official record of the Russians who were exposed to the atomic bombing.

Interview with Petr Podalko, associate professor at Aoyama Gakuin University
The Chugoku Shimbun asked Petr Podalko, an associate professor at Aoyama Gakuin University, about the White Russians who were victims of the atomic bombing and Russia’s view of the dropping of the bomb. Mr. Podalko has been teaching at the university since 2004 and also serves as head of the Council of Russians in Japan.

“Since the Soviet Era there is virtually no one in Russia who doesn’t know about the bombings of Hiroshima and Nagasaki. Everyone is taught about the devastating attacks at school or in classes for local citizens. But, although I have revealed that Russians were victims of the atomic bombing in Hiroshima, only experts in Japan-Russia relations are aware of that. The Russians who went into exile were regarded as anti-Soviet, and there was no research into those who fled to Japan until the perestroika reforms of the late 1980s.

“In general, people regard the U.S. decision to drop the atomic bomb as cruel and the bombings as evil acts that targeted the Soviet Union as well. Many people find it difficult to understand why the Japanese are so fond of America despite the terrible things that happened to them, and they wonder if the Japanese have forgiven the U.S. for the bombings.

“What with the territorial dispute, the Japanese do not feel kindly toward Russia, but Russians feel friendly toward Japan. Before the war there were more than 1,000 White Russians in Japan, and they had a significant impact on Japan’s music education and its eating habits. We should look not at the relationship between the two countries but at the activities of individuals. It’s good that people in both Russia and Japan know about the Russian victims of the atomic bombing. Ordinary non-combatant citizens were victims, and both the Japanese and the Russians have lived with terrible experiences. This is an important point when considering the cruelty of nuclear weapons.”