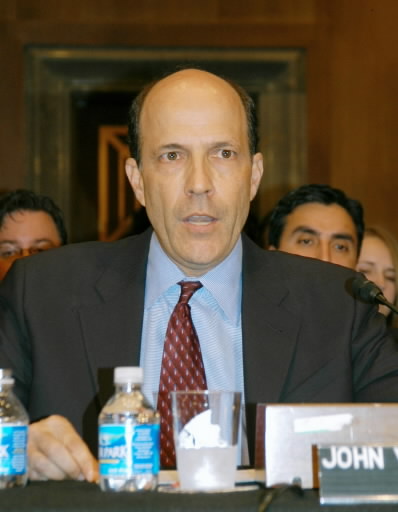 It was learned on September 29 that John Roos, U.S. Ambassador to Japan, will visit Hiroshima on October 4. Ambassador Roos will reportedly visit Peace Memorial Park and have a luncheon meeting with Hiroshima Mayor Tadatoshi Akiba.

Mr. Roos took office this past August and has already visited several local governments including Kanagawa Prefecture and Yokosuka City, where U.S. military bases are located. Mr. Roos is a powerful supporter of U.S. President Barack Obama, and the president called Mr. Roos “a person who can give me direct advice” prior to his arrival in Japan.

In the A-bombed city of Hiroshima, a movement calling for a visit by President Obama, who has pledged to pursue a “world without nuclear weapons,” is gaining momentum. Most likely, Mayor Akiba will convey to Mr. Roos the desire of the A-bomb survivors and global citizens for the abolition of nuclear weapons, and will ask for his cooperation in inviting Mr. Obama to Hiroshima.

The visit by Mr. Roos will mark the eighth time that a U.S. ambassador to Japan has come to Hiroshima, following Thomas Schieffer, Mr. Roos' predecessor.