Appeal for funds to maintain Sadako Primary School, built by NGO in Pakistan 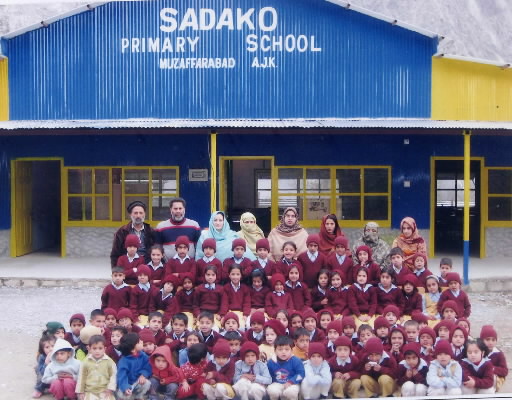 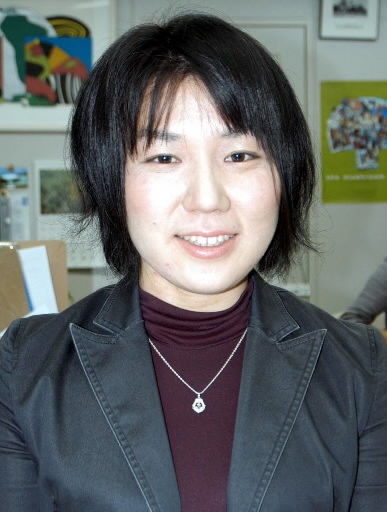 Chika Harada, 25, a company employee and a resident of Nishi Ward, Hiroshima, is promoting a fundraising campaign to support a non-governmental organization (NGO) in northeastern Pakistan that, following the example of Hiroshima's reconstruction after the atomic bombing, built a school for children suffering from poverty due to conflict and the effects of an earthquake. "I hope people will lend their support to this fundraising effort for the school's operations so the ray of hope there will not disappear," says Ms. Harada.

The name of the school is "Sadako Primary School." The school stands on the outskirts of the city of Muzaffarabad, the capital of Azad Kashmir, the region over which Pakistan and India have been at odds, each claiming territorial rights. An earthquake in October 2005 affected 90 percent of the city's population. The school opened in August 2008 and 120 children from needy families currently attend the school. Though local volunteers are running the school, the survival of the facility is at stake due to financial difficulties.

After the earthquake, Ms. Harada visited the area in June 2006 with two member of the Asian Network of Trust Hiroshima (ANT-Hiroshima), a Hiroshima-based non-profit organization (NPO), and stayed until October of that year. She was engaged in assistance activities for the Pakistani people, including providing support for hygiene control and delivering sporting equipment to local schools.

The ANT-Hiroshima representatives also distributed copies of the Urdu language version of "Sadako's Prayer," an illustrated book produced by the NPO. Sadako Sasaki, who held fast to hope while suffering from leukemia induced by the atomic bomb, and the A-bombed city of Hiroshima, which succeeded in its effort at reconstruction, strengthened the spirits of the local people. With the slogan "Follow Hiroshima," they established an NGO and built Sadako Primary School.

This past spring, Ms. Harada learned about the school's plight, which can barely afford salaries for its teachers, and launched a support group within ANT-Hiroshima. "We want to support the local residents who, inspired by Hiroshima, roused themselves to action," Ms. Harada said.