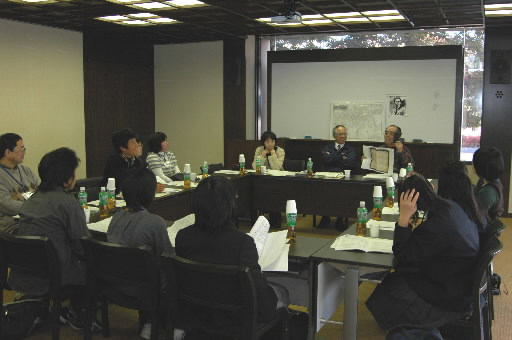 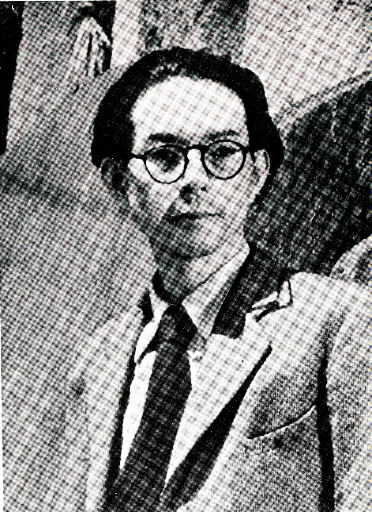 The Fukuyama Museum of Literature in the city of Fukuyama, Hiroshima Prefecture, will hold a reading of literature with the participation of junior high and senior high school students next February. This will be the first such reading at the museum, an attempt to provide the opportunity for younger generations to appreciate A-bomb literature. The event, to be held in connection with the "Tamiki Hara Exhibition" which is set to open on January 22, will feature Summer Flowers, the novel written by Hiroshima-born author Tamiki Hara (1905-1951) based on his experience of the atomic bombing of Hiroshima.

On December 20, a meeting was held, partly to introduce the participants of the reading to one another. Two junior high students and seven senior high students from the cities of Fukuyama and Fuchu took part. Members of "Hiroshima Kagenki no Kai," a Hiroshima-based group that studies the works of Mr. Hara and will jointly organize the "Tamiki Hara Exhibition" next January, explained the personal history of Mr. Hara, the background of his works, and his way of living with hope and despair. The participants talked about their impressions of Mr. Hara's works.

Yuka Otuska, 14, a second-year student at Jonan Junior High School, said, “Summer Flowers is a work of depth and tranquility. In a straightforward way, it depicts the cruelty of the atomic bombing, which completed transformed the everyday sights of the city. I want to capture Mr. Hara's feelings and convey them to many people."

Koji Fujii, 55, an experienced public reader and a Fukuyama resident, will coach the students. He has encouraged people to take part in the reading, saying, "When reading aloud, we can think about the meaning of each word and connect with the writing more deeply."