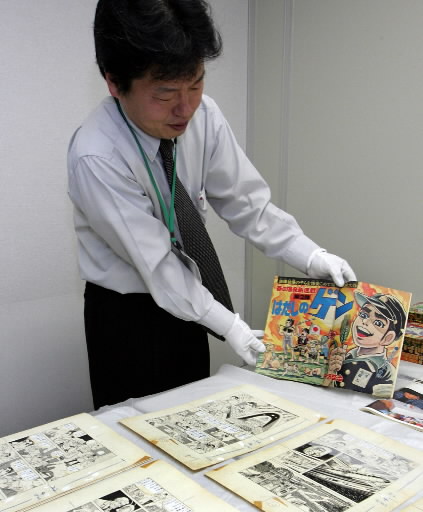 On December 22, Hiroshima Peace Memorial Museum revealed to the press original pictures and materials that will be donated from Keiji Nakazawa, 70, an A-bomb survivor and the manga artist known as the author of the "Barefoot Gen" manga series. Mr. Nakazawa and the City of Hiroshima will exchange formal documents on the donation around next February.

The museum also showed the June 4, 1973 issue of the magazine "Weekly Shonen Jump," which carried the "Gen" series for the first time, along with about 40 books, including books of the "Gen" series in Japanese and in foreign languages.

Mr. Nakazawa announced this past September that he would retire from his career as a manga artist due to cataracts, and then decided to donate his original pictures and materials to Hiroshima Peace Memorial Museum.