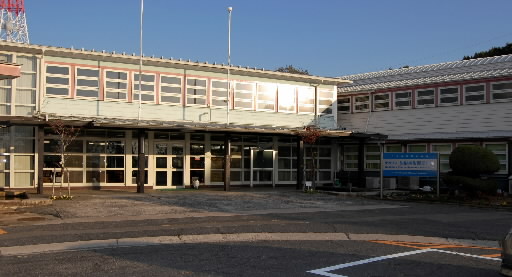 The budget of the Radiation Effects Research Foundation (RERF), an entity administered by both the Japanese and U.S. governments, is facing a significant shortfall due to the strong yen. Nearly 40% of RERF’s annual operating budget has been secured through a subsidy from the U.S. Department of Energy (DOE), an amount paid in dollars which is decreasing due to recent exchange rates. The loss of funds is already affecting RERF operations. For instance, plans for an extensive renovation of its facilities cannot proceed.

The RERF budget for fiscal year 2010 is in excess of 3.5 billion yen, including the operating costs for its facility in Nagasaki. Of this amount, the subsidy from the DOE totals 14 million dollars, which has been set through an agreement between the Japanese and U.S. governments. The DOE will transfer this amount to RERF in several installments within the fiscal year.

When the RERF budget for fiscal year 2010 was compiled, the exchange rate was expected to be about 95 yen to the dollar. However, since May the yen continued to rise, reaching the 80 yen level at the end of October, the first such exchange rate in more than 15 years. With the yen remaining strong, RERF now faces a drastic drop in incoming funds.

RERF has collected and preserved a great number of tissue samples, such as blood and urine, in connection with its health studies on A-bomb survivors and second-generation A-bomb survivors. The samples, which are held in special deep freezers, continue to increase annually. RERF is therefore planning to extensively expand the space needed to hold these samples. However, due to the strengthening yen, this renovation project has been postponed to an unspecified date. As a stopgap measure, RERF is currently making use of a converted warehouse for additional space to preserve its samples.

Eiji Akimoto, head of the RERF secretariat, said with concern, “If the exchange rate of 80 yen to the dollar continues, we will lose close to 200 million yen compared to the initial amount we expected. This loss cannot be overcome simply by reducing RERF expenses.”

Katsuya Okada, current secretary general of the Democratic Party of Japan (DPJ), will visit RERF on December 11 with the national budget for fiscal year 2011 in the process of being compiled. The RERF labor union, a member of the Japanese Trade Union Confederation, which is a supporter of the ruling DPJ, is planning to ask Mr. Okada for financial support.

Misae Sora, the chairperson of the RERF labor union, stressed, “RERF’s research is made possible with the cooperation of the A-bomb survivors. I would like to call on the Japanese government’s cooperation in helping to stabilize the RERF budget.”

Key words
Radiation Effects Research Foundation (RERF)
RERF is an organization that conducts studies on the long-term medical effects of radiation on the human body, radiation emitted in the blasts of the atomic bombs. Through its work, RERF seeks to contribute to the health and welfare of the atomic bomb survivors and to the enhancement of human health in general. The organization is administered by the U.S. Department of Energy and Japan’s Ministry of Health, Labour and Welfare. In principle, both governments are expected to contribute equally to the budget. However, due to financial difficulties in the United States, Japan is now financing, in addition to the regular budget, such expenses as a special health study on adults. In November, the governments discussed RERF’s budget for the next five years. At that time, the United States agreed to provide an annual sum of 14 million dollars.