English translation of memoir of Sadako is published 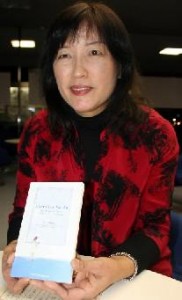 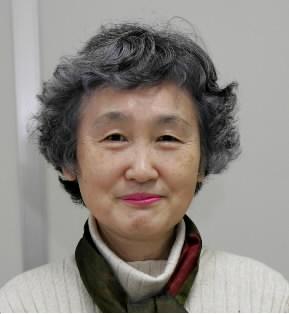 An intimate memoir of Sadako Sasaki, who died at the age of 12 from leukemia, a lingering effect of the radiation emitted by the atomic bomb, has been translated into English and published. The memoir, written by the late Kiyo Okura, was translated by Keiko Miyamoto, 59, a Hiroshima resident and English instructor who was a friend of Ms. Okura.

Like Sadako, Ms. Okura experienced the atomic bombing of Hiroshima. In 1955 she was hospitalized and stayed in the same room with Sadako for about three months before Sadako passed away. Ms. Okura published her memoir of Sadako in 2005. In the book, she included such episodes of that time as Sadako becoming absorbed in folding paper cranes after being given some paper cranes as a get-well gift.

Ms. Okura died in 2008. Those close to Ms. Okura understood her wish to convey her intimate impressions of Sadako to the world and undertook the English translation of her book. Ms. Miyamoto, who saw the English version through to publication, said, “I translated her memoir with the wish that no more children will perish in future wars.” Steven Leeper, chairman of the Hiroshima Peace Culture Foundation served as adviser for the English translation.

The English version of the book, entitled “Memories of Sadako,” is 64 pages in length and is priced at 840 yen. For more detailed information, please contact Yomo Publishing Ltd. by email at info@yomo-yomo.co.jp or call 0467-46-1335.