Hiroshima Mayor Akiba will not run for reelection 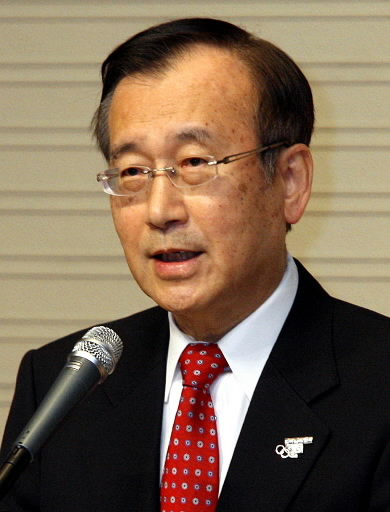 Hiroshima Mayor Tadatoshi Akiba, 68, announced in his new year address from City Hall that he will leave office on April 7, when his term expires, rather than seeking reelection for a fourth term as mayor. Because Mr. Akiba has shown a strong desire for Hiroshima to host the Summer Olympics in 2020, the prevailing view among the city council and the business community was that he would be seeking a fourth term. Under such circumstance, his announcement has come as a surprise.

Before about 250 city employees, Mayor Akiba said, “I would like someone with new energy and creativity to take over the role that has been entrusted to me by the citizens of Hiroshima during my three terms,” revealing that he would not run for mayor in the mayoral election to be held in the first half of local government elections taking place nationwide. The voting and ballot counting for the mayoral election is scheduled to be held on April 10. Meanwhile, he did not hold a press conference and offered no explanation as to his reasons for not seeking reelection and how he had come to this decision.

Tadatoshi Akiba is originally from Tokyo. He served as an associate professor at Tufts University in the U.S. state of Massachusetts and a professor at Shudo University in Hiroshima. Then, in 1990, he became a member of Japan’s Lower House. While in his third term as a lawmaker, he left the Social Democratic Party and ran for mayor of Hiroshima in 1999 and won the election. In the mayoral elections of 2003 and 2007, among the candidates Mr. Akiba defeated were those supported by the Liberal Democratic Party, then the nation’s ruling party.

After assuming the post of mayor, Mr. Akiba has energetically pursued a campaign to eliminate nuclear weapons through Mayors for Peace, for which he serves as president. As of January 1, 2011, the member cities of Mayors for Peace, including those in Japan and overseas, has risen to 4,467.

In March 2009, the mayor succeeded in completing Mazda Stadium, in cooperation with the business community and citizens. Mazda Stadium has replaced the former Hiroshima Municipal Baseball Stadium as the new home of the Hiroshima Toyo Carp, the city’s professional baseball team.

In October 2009, Mr. Akiba revealed that he was studying the possibility of hosting the Summer Olympics in the year 2020. He initially said that he would decide by the end of last year whether or not to embark on a bid for the Games. However, he has extended this deadline, saying that he would like to gain wider support from the public. With the mayor’s decision to step down when his term expires in April, the prospect of pursuing an Olympic bid is now uncertain.

Mr. Akiba’s decision not to seek reelection has opened up the field for the mayoral election. Thus far, Kunio Ohara, 61, a former councilman, and Minoru Araki, 67, a writer based in Yokohama, have announced their candidacy for mayor. Such entities as the Federation of Hiroshima Prefecture Liberal Democratic Party Branches are involved in efforts to field candidates.