Valuable record of observations made of A-bombed trees is found 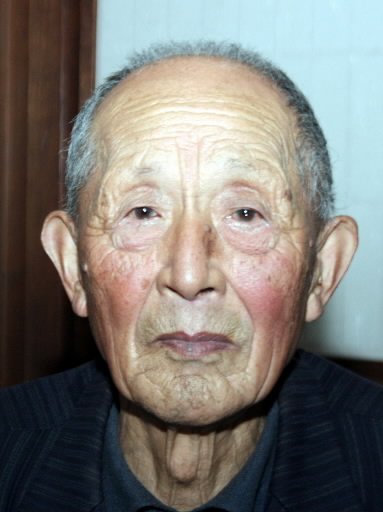 A record of observations of A-bombed trees made in 1947, two years after the atomic bombing, has been recovered. The record, covering 162 species of trees in both Hiroshima and Nagasaki, was donated to Hiroshima Peace Memorial Museum. The museum has praised the record as a valuable source of data shedding further light on the true effects of the bombing, since a great many of the trees observed are no longer existing. The museum plans to hold an exhibition involving the record sometime this year.

The record was made by Shinno Katsuta, 88, a former high school biology teacher and now a resident of the city of Suzuka in Mie Prefecture. Mr. Katsuta created the record for his undergraduate thesis when he was a third-year student at Hiroshima University of Literature and Science (today, the Faculty of Science at Hiroshima University). The thesis is entitled “Anatomical Research of Plants Damaged by the Atomic Bombing.” It consists of 102 pages in the main body of the document and 111 pages of charts.

From March to September 1947, Mr. Katsuta observed a total of about 500 trees of 162 species at 22 locations in Hiroshima that lay within an area 6 kilometers of the hypocenter, including the Hiroshima Castle grounds and Shukkeien, a traditional Japanese garden, as well as two locations in Nagasaki. He recorded in the form of reference charts and sketches such things as the distribution of the habitat of each kind of tree and the distribution of the dead trees of each kind; the morphology of trunks, branches, and leaves that were damaged in the bombing; and the damage to cells as viewed under a microscope.

Based on his observations, Mr. Katsuta pointed out such facts as the degree of damage to the trees varies depending on their species; false rings, which are formed when a tree stops growing, are conspicuous in the trunk in the direction of the hypocenter; and abnormal leaves with spots were confirmed within an area about 1.3 kilometers from the hypocenter.

A portion of Mr. Katsuta’s record was included in an information packet about the atomic bombing which Hiroshima University issued in 1975. After that, however, the record could not be found. The university later recovered the record and donated it to Peace Memorial Museum in August 2010. Mr. Katsuta commented, “I observed the trees thinking that this would be the only chance to record the true effects of the A-bomb damage. I’m glad if my record can help with future research.”


Experts react to finding of record
The damage suffered by A-bombed trees, and their growth, was recorded by a university student who covered the devastated land on foot. His precise record of 64 years ago was met with surprise and high expectations of future study by plant researchers in Hiroshima. Chikara Horiguchi, 65, a tree surgeon who has been engaged in efforts to preserve A-bombed trees, emphasized, “This is one of the most valuable records on the subject in existence.” Mr. Horiguchi noted a remark made in the record which stated that trunk cells not in the direction of the hypocenter were also damaged. He said, “I suspect this is because the roots of the trees were also injured in the bombing. It shows the seriousness of the damage.”

The record also includes a diagram which indicates the relationship between the distance from the hypocenter and the degree of damage as well as a full-size sketch of a leaf bearing spots. Taro Seki, professor emeritus at Hiroshima University and an expert in botany, said, “Research involving A-bombed trees is very rare. It would be worthwhile to translate the record into English.”

On August 6, 1945, Mr. Katsuta escaped the atomic blast because he was on his way to Mie Prefecture and his hometown of Suzuka. After graduating from university, he taught biology at a high school in his hometown. He enabled his students to observe branches of A-bomb trees that he brought back with him as he taught them about the A-bomb damage.

Mr. Katsuta saw his record for the first time since his days as a university student when Peace Memorial Museum sent him a photocopy. His eyes welling with tears, he said, “I felt that it was the duty of those who survived to pass on the damage of the bombing to the next generation. In that sense, I’m glad that I could do my part.”