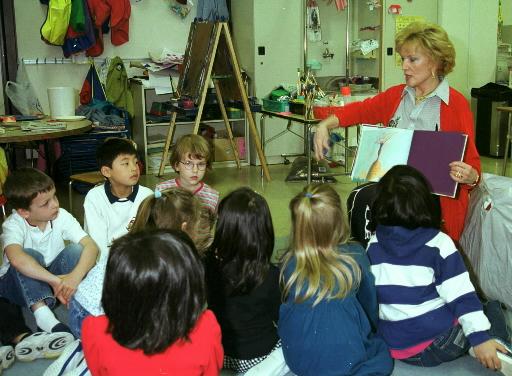 Eleanor Coerr, the author of “Sadako and the Thousand Paper Cranes,” died on November 22, 2010 in the U.S. state of New Jersey. Her family shared this news with Hiroshima Peace Memorial Museum on January 12. She was 88. A memorial service for her will be held shortly in the United States.

Ms. Coerr was born in Saskatchewan, a Canadian province, in 1922. As a foreign correspondent for the Ottawa Journal, a daily newspaper published in Ottawa until 1980, she lived for a year in the house of a Japanese farmer on the outskirts of Yonago, Tottori Prefecture in 1949. During that time, she visited Hiroshima for the first time. When she returned to Hiroshima in 1963, she learned about the life of Sadako Sasaki, who died at the age of 12 from radiation-induced leukemia ten years after her exposure to the radiation emitted by the atomic bomb, and the Children’s Peace Monument in Peace Memorial Park, which was raised as a result of the effort of her classmates and others after her death.

In 1977, Ms. Coerr’s “Sadako and the Thousand Paper Cranes” was issued by a U.S. publisher and the book helped convey Sadako’s name and wish for peace around the world. For example, the book has been used as a supplemental reader in junior high and senior high schools in English-speaking countries, and has been translated into a dozen languages. Ms. Coerr also shared the story of Sadako in Russia and Latin America when she accompanied her husband, a U.S. diplomat, to those parts of the world.