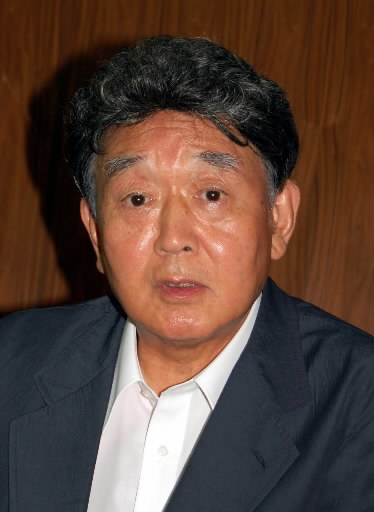 Masaaki Tanabe, 73, the president of a film production company who has restored the appearance of the hypocenter area prior to the atomic bombing via computer animation, is planning to extend the area restored to a radius of 1 kilometer from the hypocenter in a new documentary film. He will propose the idea, as an international collaboration between industry, government, and academia, at an international conference to be held in Hiroshima on January 25. Mr. Tanabe aims to complete the film in 2015, the 70th anniversary of the atomic bombing.

In 1997, Mr. Tanabe embarked on a project using computer animation to restore the earlier appearance of the hypocenter area, including the former Hiroshima Prefectural Industrial Promotion Hall (now, the Atomic Bomb Dome), which was located by his old home. By creating documentary films that combine sophisticated computer animation with footage of former residents speaking about the area, Mr. Tanabe has succeeded in conveying the townscape and daily life of the area that was lost in the bombing. In August 2010, he completed a film which restored the former Nakajima District (now the location of Hiroshima Peace Memorial Park) and a shortened version of the film was screened at United Nations headquarters in New York, receiving a strong response.

Mr. Tanabe commented on the new project, saying, “By restoring the full life of the city as it was, I hope to convey to future generations the kind of culture and history that was lost in the atomic bombing.” He plans to restore the heart of Hiroshima’s downtown prior to the bombing, including Hiroshima Castle and Fukuya Department Store.

On January 25, Mr. Tanabe will attend a conference to be held at the International Conference Center Hiroshima which focuses on the theme of handing down, through simulated experience, cultural heritage that has been lost. At the conference he intends to call on participating experts, both from home and abroad, as well as former residents of the area that will be restored through computer animation, for their cooperation.

The conference is being organized by Waseda University’s UNESCO World Heritage Institute. Discussion among experts involved in the creation of computer animation for Hollywood movies, as well as a screening of the documentary film that was shown at U.N. headquarters, are planned for the conference. The conference opens at 1 p.m. and admission is free. Seats are available for 450 people on a first-come-first-served basis.