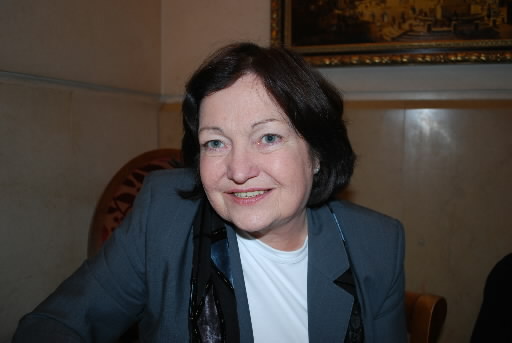 On February 9, the Hiroshima Peace Culture Foundation announced that Mairead Maguire, a peace activist from Northern Ireland and the co-recipient of the Nobel Peace Prize in 1976, has recommended Mayors for Peace, for which Hiroshima Mayor Tadatoshi Akiba serves as president, and the Japan Confederation of A-and H-Bomb Sufferers Organizations as candidates for the 2011 Nobel Peace Prize.

In a letter of recommendation to the screening committee for the prize, Ms. Maguire recognized Mayors for Peace for its efforts in “guiding the way in building, city by city, country by country, support for nuclear disarmament.” She also expressed praise for the Japan Confederation of A-and H-Bomb Sufferers Organizations, saying that they “have consistently witnessed to the horror and suffering caused by the use of nuclear weapons.”

The secretariat of Mayors for Peace, which is located in the Hiroshima Peace Culture Foundation, responded: “We are very honored to be recommended as a candidate for the Nobel Peace Prize. Our aim is the abolition of nuclear weapons and we will make every effort for this cause.”