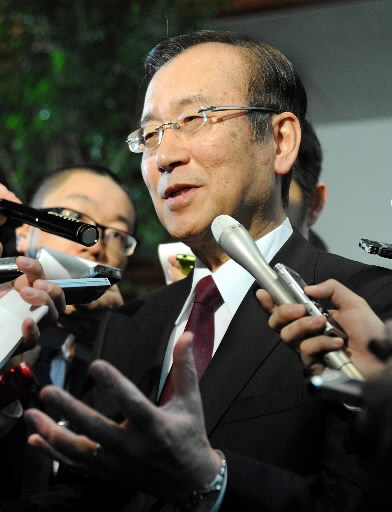 On February 14, Hiroshima Mayor Tadatoshi Akiba asked for the support of Prime Minister Naoto Kan with regard to an international conference on nuclear disarmament that Mayors for Peace is seeking to hold this year. Mr. Akiba, who serves as president of Mayors for Peace, met with Mr. Kan at the prime minister's office.

The international conference was proposed in the “Appeal from the Hiroshima Conference for the Total Abolition of Nuclear Weapons by 2020” last July. After his meeting with Mr. Kan, Mr. Akiba said he told the prime minister that he would be able to assist Mr. Kan in various ways after his current term as mayor of Hiroshima ends, revealing that he would continue to engage in nuclear abolition efforts, and other activities, as a private citizen.