Virtual visit to A-bomb Dome is made available online 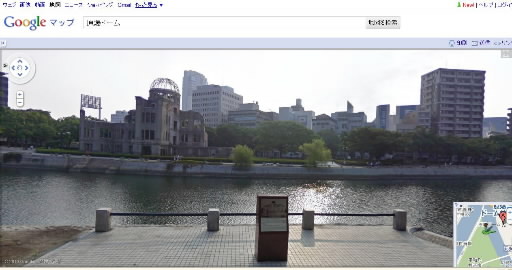 On March 10, Google, the Web-search giant based in the United States, added the Atomic Bomb Dome in downtown Hiroshima to its “Street View” gallery on the Internet, where both maps and 360-degree panoramic photos are posted.

Kazusuke Obi, an operating officer of Google Japan Inc., emphasized the significance of the addition, saying, “People can, from anywhere in the world, touch the site which suffered the world’s first atomic bombing.” Hiroshima Mayor Tadatoshi Akiba expressed his delight, saying, “This is a wonderful effort for peace, too.”