A-bomb survivors hit by the earthquake and tsunami are reminded of Hiroshima, anxious about safety of other survivors in the region 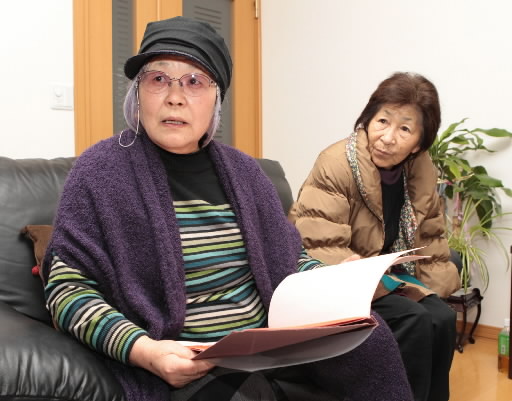 Atomic bomb survivors residing in the Tohoku region of Japan are now suffering from the earthquake and tsunami that hit eastern Japan on March 11. The images of the devastation wrought by the tsunami remind them of the destruction they witnessed in Hiroshima and Nagasaki after the atomic bombings of those two cities. They also fear for the safety of other A-bomb survivors in the region.

“Only concrete buildings are still standing in the ruins, just like Hiroshima after the atomic bombing,” said Hisako Kimura, 73, a survivor of the Hiroshima blast and the secretary general of the Miyagi A-bomb Survivors’ Association. When electricity was restored in her community, Taihaku-ku, Sendai, on the third day after the earthquake, she turned on the television and shivered at the harrowing scenes of the devastated landscape.

There are about 205 A-bomb survivors in Miyagi Prefecture, and about 60 of them live along the Pacific coast. Ms. Kimura has been unable to make contact with one of the board members of the association, an A-bomb survivor who lives in that coastal area.

Those who survived the earthquake are enduring the hardships of a dire shortage of daily necessities due to the decimated infrastructure around them. “A-bomb survivors are old and weak. Normal life must be restored as soon as possible,” Ms. Kimura said, calling for relief measures.

According to the Japan Confederation of A- and H-bomb Sufferers Organizations, there are 532 people who hold the official A-bomb survivor's certificate in the six prefectures in Tohoku (as of March 2010). The confederation has contacted its member organizations in these prefectures and asked them to inquire about the safety of the A-bomb survivors.

The A-bomb survivors are also anxious about the possibility of exposure to radiation due to the ongoing crisis at the Fukushima No. 1 nuclear power plant, located at Futaba-machi and Okuma-machi in Fukushima Prefecture. “The national government does not understand the extent of the health damage caused by the release of radiation,” Ms. Kimura said, appealing for the government to take every possible measure to prevent the occurrence of new radiation victims.