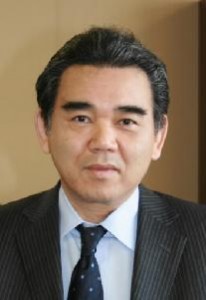 In the wake of the crisis at the Fukushima No. 1 Nuclear Power Plant, precipitated by the earthquake and tsunami that struck eastern Japan on March 11, Hiroshima University has established the Emergency Radiation Exposure Countermeasures Committee at Hiroshima University Hospital. The university quickly dispatched a medical support team to the stricken area and has been making efforts to provide needed information to those affected by the disaster as well as local governments and the central government.

The many doctors and nurses that comprise the team are working hard at the site, believing that the medical expertise for radiation exposure which the university has accumulated over the years can now be effectively utilized. I sense the high hopes that the people in the affected area feel in connection with the healthcare professionals from Hiroshima, the A-bombed city.

In Fukushima Prefecture, the radiation dose beyond a radius of 30 kilometers from the nuclear power plant is not significant to the degree that it would impact human health. The medical support team has examined the thyroid glands of some 400 children to ascertain whether or not these children were exposed to radiation. The team found no abnormalities among them.

Due to a dearth of information, however, the current situation reveals that the residents of that area are feeling a mounting concern over radiation exposure that appears far greater than might be imagined. In this regard, Hiroshima University is also assuming the responsibility of conveying accurate information in a proper fashion. We are therefore determined to do our utmost and respond to this challenge proactively.